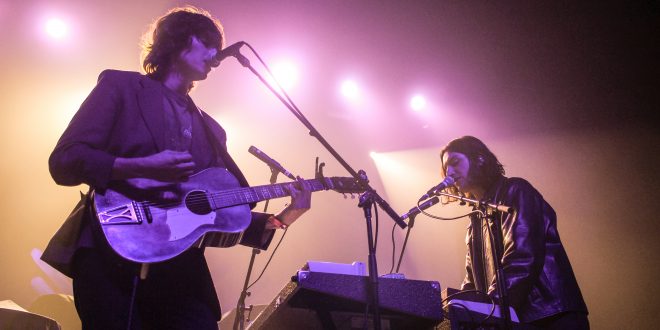 About the song, McRae shared, “As a duo and a rule, Kane and I share everything. ‘Really Want To See You Again’ was written two days after meeting the girl I’m very much in love with. The three of us are very happy together.”

Next up, more* hit the road supporting HAIM in amphitheaters and sheds coast-to-coast this summer. Ritchotte will also notably hold down drum duties for HAIM. The three-week run kicks off on May 22 at Live Oak Bank Pavilion at Riverfront Park, visits major cities across North American, and concludes on June 14 in Bend, OR at Les Schwab Amphitheater.

more* have made waves not just in music but throughout popular culture as well. Ritchotte and McRae will play Matt Johnson and Michael Tighe, respectively, in the upcoming film Everybody Here Wants You based on the life and music of the legendary Jeff Buckley and directed by Orian Williams. They not only accompany Buckley (Reeve Carney) on screen as his bandmates, but they will also perform the re-records of selections from his classic catalog. Production began at the top of 2022. Additionally, they will bring fictional band The Winters to life in the upcoming series Daisy Jones & The Six, releasing on Amazon this year.