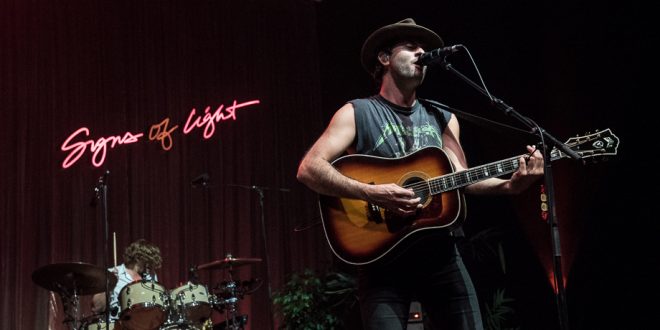 The Head And The Heart have revealed the Jacqueline Justice directed video for their latest track “Virginia (Wind In The Night).” The song is the second released track from their forthcoming fifth studio album Every Shade of Blue out April 29th on Reprise/Warner Records.

The band has also announced they will perform “Virginia (Wind In The Night)” tomorrow, March 4 on The Tonight Show Starring Jimmy Fallon.

At AAA radio the song was the #1 Greatest Gainer and moved up the chart from #28 to #15 – following #1 most added impact last week – and is already building towards Top 10 at AAA on next week chart. Also, at Alternative Radio, Virginia (Wind In The Night) jumped from #42 to #36 in it’s first week after impact following a most-added debut.

Jonathan Russell spoke about the inspiration behind the song, saying ”Being from Virginia, for me this song represents a long and winding relationship to place – a place that is grounding. I’m often drawing on my life through symbolism as a way into someone else’s psyche. It’s part of my search for a deeper connection without having to compare our experiences directly. There is a reason this song has two titles. One is literal and one is symbolic. Not everyone is from Virginia, I know that. But I bet you have walked home and heard the wind in the night.”

Every Shade of Blue was produced by Grammy-award winning songwriter, producer and engineer Jesse Shatkin except for album tracks “Shadows”, “Don’t Show Your Weakness” and “Love We Make” which were produced by Andrew Sarlo, and “Paradigm”, produced by John Hill and Sammy Witte, and mastered by Emily Lazar and Chris Allgood at The Lodge, NY.

Previous Foals announce new album, Life is Yours, due June 17th
Next Gallery: Enjoy at The Regent Theatre in Los Angeles, CA (02.25.22)