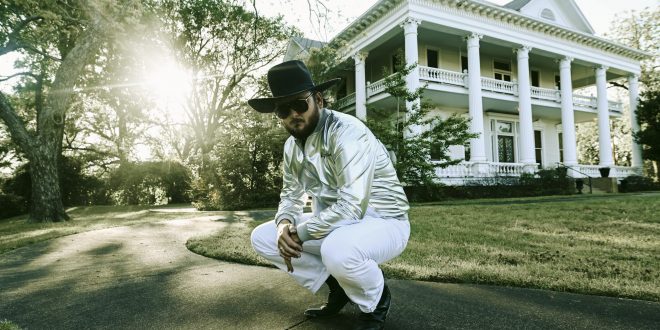 Acclaimed Texas artist Paul Cauthen has released the soulful “High Heels”, the latest track off of his upcoming album Country Coming Down (out April 1 via Velvet Rose Records/Thirty Tigers).

Cauthen has announced a 30-date tour that starts on April 14th in Salt Lake City and will see Cauthen and his band playing throughout the Midwest and Northeast, making stops in cities that include Denver, Kansas City, Nashville, Baltimore, Philadelphia, New York, Cambridge, New Orleans and Chicago, with more dates to be announced in the coming weeks. See complete list of tour dates below.

Country Coming Down is Cauthen’s boldest collection of new music to date, and people are taking notice. The album’s first single “Country As F–k” says it all right out of the gate with its no holds barred honky-tonk vibe. View the wild video HERE.

Those already familiar with Cauthen are aware of the intelligent, articulate songwriter and natural performer that he is, with a baritone voice that can only be referred to as Big Velvet. Country Coming Down finds the singer/songwriter making a left turn that is brazen, insightful and a lot of fun.

The 10 new songs feature honest and brash themes that go from excess and hedonism to love and devotion, all rolled up into album. Cauthen pulls no punches here. The proud Texan walks a fine line by taking some risks and offering a completely different artistic side of himself.

Country Coming Down was mostly produced, performed and recorded by Beau Bedford, Jason Burt and Paul Cauthen at Modern Electric Sound Recorders in Dallas, TX. Additional recording and mixing was done in Nashville, TN and Fort Worth, TX.