Home / News / Music Video / Kenton Place Has Released a Music Video for Their Single, “Roses On The Wall” 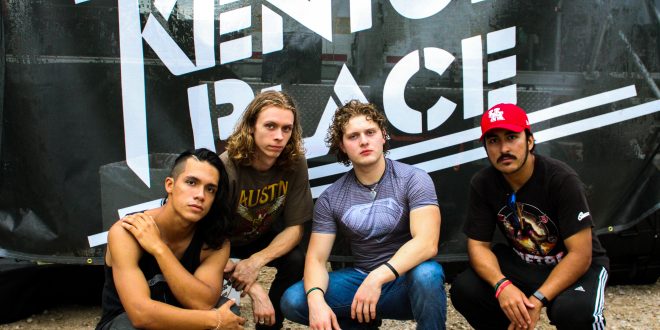 Kenton Place Has Released a Music Video for Their Single, “Roses On The Wall”

Kenton Place, a Houston, Texas-based rock outfit, has released a visual offering for their song “Roses On The Wall.” The band, which blends hard rock and metal to create a signature sound, is on track to become a household name with the release of their new EP, “Terminal,” an emotive guitar-riffed music trip that includes the song “Roses On The Wall.” “Roses on the Wall” is based on a true story about a young woman who has been stricken with cancer and her journey to come to terms with her diagnosis of cancer. The video serves as a medium for telling a gripping story from a variety of angles, including the perspective of her father, who has grieved the death of his only daughter. The band’s most recent video, “Roses On The Wall,” aims to increase cancer awareness and provide a song for those living with the grief, despair, and depression associated with illness.

During the Covid-19 pandemic, Kenton Place recorded their debut EP, “Terminal,” which includes the song “Roses On The Wall,” with Grammy Award-winning producer Ulrich Wild and Grammy Award-winning mastering engineer Ted Jensen. The two have a combined total of over five Grammy awards and 12 Grammy nominations to their credit, having worked with artists such as Pantera, Breaking Benjamin, Seether, Deftones, Gunz and Roses, Norah Jones, and Snoop Dogg, among others. Released on March 4, listeners will be taken on a musical and lyrical journey through the five phases of grieving as they relate to the band members and the human experience in general. Music videos and songs from the EP each have a distinct meaning and storyline, and the EP is structured as a non-linear narrative. The latest installment of “Roses On The Wall” is sure to elicit strong emotions and increase compassion for those who are suffering from cancer.

Kenton Place began its professional music career in 2018, performing on some of the most prestigious stages in the Houston area, including the House of Blues and the White Oak Music Hall Amphitheater. They also performed in Austin at SXSW 2018. In 2019, the band released its debut single, “Pride Never Lasts,” which garnered airplay on Houston’s own 94.5 The Buzz and was featured as the Texas buzz feature for more than a month. Kenton Place’s music is densely packed with messages and employs a variety of melodies to establish a distinct band identity. Although the band pays respect to some of the most iconic sounds and stars in rock music history, they also inject innovation and unrivaled creativity into their performances. Their website, too, features a tagline that says: “We compose music to help others heal, just as music has helped us heal.” Logan Smalley (Smalls), Noe Hernandez (Fez), Roque Techera (Rock, the hero), and Curtis Bird (Mr. Bird) are childhood buddies who formed the band. The group chose the name Kenton Place as a tribute to the place where they grew up and as a way to respect their roots.

Stephen Vicino is the founder of MusicExistence.com. He created this site to give talented musicians a voice and a way to be discovered.
@@svicino
Previous Migo is thrilled to announce the launch of his new song, a better version 4 u!
Next Interview: Project 213