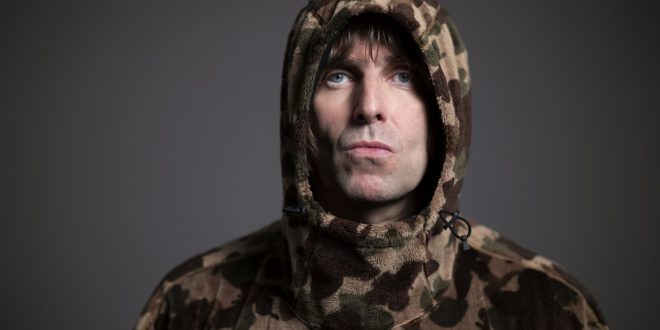 Building momentum toward his highly-anticipated third solo studio album C’MON YOU KNOW – out May 27th – Liam Gallagher gives his latest hit single “Everything’s Electric” another impactful moment by sharing the official video – watch it below. Featuring a brand-new performance blended with iconic live footage, the video looks ahead to a big summer in which Liam and fans will again share the adrenaline rush and the life-affirming communal atmosphere of being reunited for live shows across the UK.

“Everything’s Electric” immediately ignited attention upon launch with the news that it was co-written by Dave Grohl and Greg Kurstin, before powering into the UK Top 20 as the biggest hit of Liam’s solo career to date. Its profile remained sky high with an electrifying moment on The Tonight Show with Jimmy Fallon, as well as a characteristically larger-than-life performance at the BRIT Awards and winning the NME Award for Music Moment of the Year.

The video was directed by Liam’s regular visual collaborator Charlie Lightening. The duo’s previous work together includes the “As It Was” documentary as well as the videos for “Once” (featuring Eric Cantona) and “Chinatown.”

“Everything’s Electric” is off the forthcoming C’MON YOU KNOW album, which is available to pre-order here. A visually arresting Zoetrope version quickly sold-out, but other collectible formats are available. These include a deluxe vinyl bundle which features a bonus 12” featuring extra tracks and an art print, plus a selection of retailer-exclusive coloured vinyl editions.

C’MON YOU KNOW follows the huge success of Liam’s previous studio albums As You Were (2017) and Why Me? Why Not. (2019), which established his iconic status for a whole new generation. Between his triumphs as a solo artist and his phenomenal success with Oasis, Liam has spent a combined total of almost six months at #1 across eleven chart-topping albums.