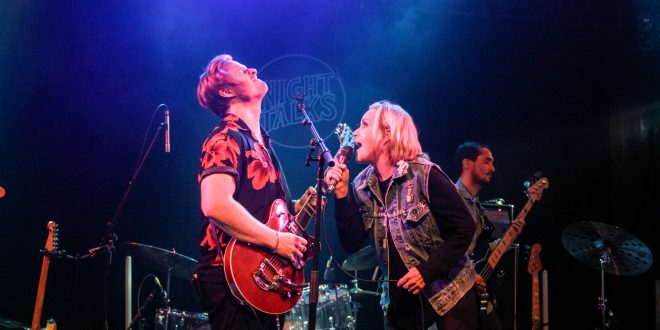 Editor’s note: Fans of singer-songwriter Jake Hays received quite the surprise last week when his mother, the legendary Cherie Currie came out to join him on stage. Hays is the only child of Currie and actor Robert Hays. Jake’s career in music started with the band Maudlin Strangers. In November 2018, while Hays was away on location in Texas filming an indie movie, he lost his home and recording studio in the Woolsey Fire. In the following months of readjustment, he rented a small studio lockout where he would go on to record the “Room 13” EP, which includes his song “Sleep Talk”, which amassed over two million streams online. Last Wednesday our own Ashton Carr was on hand for Hays’ show and witnessed the special performance themselves. Check out their photos from the show below.