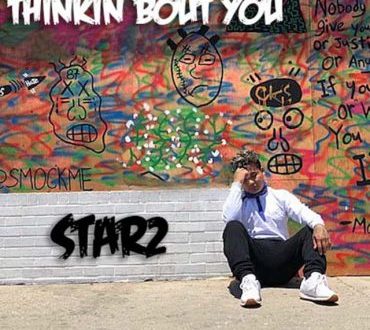 The greatest melodies in R&B always start with the singer, and that could be the reason why Star2 comes into his new single “Thinkin Bout You” are strong as he does. There’s nothing but drive in his voice as he tackles even the gentlest of harmonies in this track, and while the video is quite the emotional piece on its own, it wouldn’t be nearly as brooding without the voice of its creator to guide every scene. Star2 is an amazing vocalist, but he’s an even better communicator in this amazing new addition to his discography.

Let’s start with the music video for “Thinkin Bout You;” not only does it feel especially expressive because of the dreamlike qualities it embodies against the backdrop of the soundtrack, but the cinematic production style is quite fetching as well. You can tell that Star2 is someone who takes his medium seriously and wants to get our attention with the cosmetics of this piece as well as the substance of the song, and had he not put in the muscle he did with this content, I don’t know that it would feel as personal and heartfelt as it does in the state we find it is in here.

Star2 is never running from this hook, but instead shaping it with his every utterance, exploring the depth of the melodies with his voice as well as the verses he’s singing to us. He wants us to feel like he’s in control, and his comforting tone only enhances the romantic nature of the track as it forms around its most climactic moment. There’s a methodology even to his simplest moves in “Thinkin Bout You,” and this is probably the biggest reason why he’s commanding the response from critics like myself that he is this February.

A new generation of songwriters is out to make pop greater than it ever was before, and Star2 is among my favorites right now. “Thinkin Bout You” doesn’t tell me anything I didn’t already know about his sound, but it does extend much of the quiver-inducing strength he has as a vocalist in everything he’s recorded to date. This is another instance of him owning the microphone and making a lot of his immediate competition in the American underground look like they’re trying a little too hard, and from what I can tell, his fans are already embracing this song as another hit.