Home / Album Reviews / Single Review: Dennis J. Leise “I Only Do It Cause I Have To” 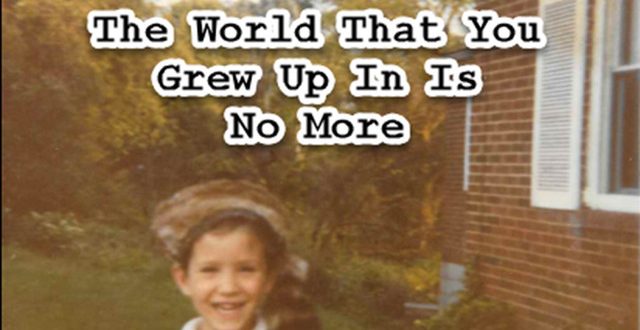 Single Review: Dennis J. Leise “I Only Do It Cause I Have To”

To say that there’s way too much self-centeredness in American folk right now might be the understatement of the year, and from the looks of Dennis J. Leise’s new video for “I Only Do It Cause I Have To,” the acclaimed singer/songwriter and self-proclaimed simple man agrees. In this video, there are no political overtones nor self-righteous statements about life; there’s just a homespun poetic feel to the lyrics that immediately informs us of the story Leise wants to tell. He doesn’t care for the synthetic when it comes to songwriting, and this track is a testament to that.

The string play in this piece is truly organic and warm, perhaps the perfect complement to this singer’s playful lead vocal. There is never a moment where it feels like there’s a gap in the harmony because of how tightly arranged these melodies are, and instead of relying on a percussive force to build the rhythm for him, Leise is comfortable using his verses as a catalyst for the beat. He’s got the style of an old-time troubadour, but the maturity of a contemporary singer/songwriter well-versed in the technical side of Americana, and best of all, he never comes across as arrogant in his delivery.

Through the strut of the strings and the casual demeanor of our leading man, we’re immersed in the pastoral atmosphere of the music even without having to watch the video for “I Only Do It Cause I Have To.” It’s rather difficult to illustrate a mood through nothing more than the melodic foundation of a track and some fun lyrical confessions on the part of the vocalist, but you wouldn’t think so just from listening to Leise’s smooth hand in this performance. This player is a pro, but he takes the material far more seriously than he does himself.

There’s nothing even remotely plasticized within the production quality here, and other than implementing a high definition mix to give us as much sonic clarity as possible, you can’t really accuse Leise of abandoning the cut and dry model so many of his influences embraced years ago. I think there’s even a chance that some retro country fans could appreciate what he’s doing in this performance, given that the rootsy, Americana-style aesthetic he’s sporting within his artistry aligns much more with the traditional country music sound than a lot of the mainstream in Nashville does today.

Addictive, simple, and really everything I look for in a good roots single, “I Only Do It Cause I Have To” is a self-explanatory release from Dennis J. Leise that affirms his spot in the folk community as one of the more curiously talented players to come out of the woodwork in the past few years. Although he’s risen from obscurity rather quickly, it makes sense why critics have taken the interest in him that we have when listening to this song – not only is this a guy who cares about detail, but he’s actually advancing the narrative for an oft-referenced movement by being more of a purist than his peers are.