Home / News / Novustory Release Music Video For “Love Me Too” 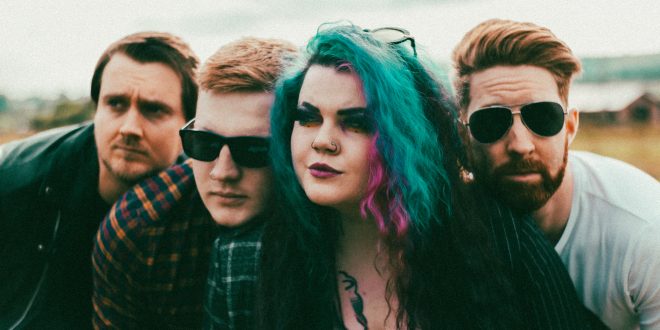 Novustory Release Music Video For “Love Me Too”

Alt-rock four-piece, Novustory, can usually be found tucked away in their own custom-built studio in Blackburn, merging together elements of all your favorite styles of music. Think both modern and classic rock; alt-rock; the slightest hint of metal and a touch of pop, and you’ll be about there.

Novustory has released their newest single, “Love Me Too” on London’s Regent Street Records. Melodic and polished, the song highlights the bands’ versatility, melding rock and pop elements in an exceptional package.

While on the surface, the song may cover the lyrically familiar ground of unrequited love, the band explains it’s about much more. “‘Love Me Too’ sums up the struggle our band has faced over years of trying to ‘make it in the music industry’” the band says, “but to your average listener, it can be taken as a love song, a plea even, to the second member of a failing relationship. ‘Love Me Too’ feels like our way of saying to the industry ‘this is us, this is our sound, this is who we are and this isn’t the last you’ve heard of us.”

The song was produced by Adam ‘Cecil’ Bartlett. Along with the single, the band has also released a music video for the song. “Through 6 years of being in a band, we have forged connections from the ground up. We started with no money & no contacts, and every bit of good exposure, media attention, or radio play we’ve achieved has been through pure graft,” says the band. “We’ve always tried to keep our videos light-hearted, we’ve made videos ourselves and always try and go the extra mile to make them funny or entertaining. But for this video, we decided to get an ACTUAL comedian involved, and we asked Tez Ilyas (Mock The Week/Live At The Apollo/Netflix’s Man Like Mobeen) if he would feature, and unbelievably he said yes. The video was shot by Sam Fenton of Fenton Visuals and in true Novustory style we’ve kept the video exciting and entertaining despite the hard-hitting subject matter.”

Listen to “Love Me Too” on SPOTIFY or watch the video on YouTube below.

Endorsed by multiple national companies including sE Electronics, Read Audio, Amedia Cymbals, LowLifeLeague Clothing, Balbex Drumsticks, Vocalzone and dR Drums UK, Novustory have not only built their own studio alongside a dedicated community of fans, but they’ve built their industry contacts from the ground up and have no intentions of slowing down any time soon. They’ve taken themselves on 3 European tours over the past 4 years, gigging in Amsterdam, Belgium, Italy and France, and have camped and busked their way through each country.

For fans of PVRIS, YONAKA, Nothing But Thieves and Royal Blood, Novustory’s sound is familiar but unique. 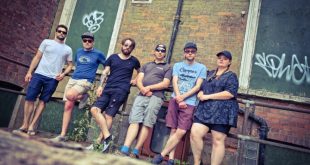