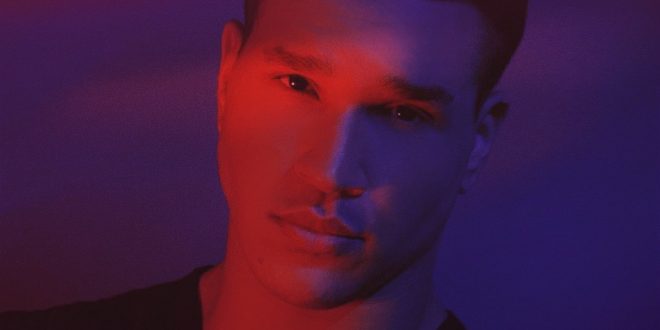 Seth Jacobsen – Count On Me

Seth Jacobsen sets himself apart as a musician through his rigorous beliefs and talent built up over the years. To him, becoming a memorable artist is about the art and beauty of songwriting and keeping the listeners’ attention. Ever since he was a child, Seth has always been gravitated towards the sounds of genius performers such as Mozart and Bach. He found inspiration in their work, especially in the way music could evoke deeper feelings and moods with simple arrangements.

Born in Upstate, New York, Seth would continue growing his musical library and influences over the years, gaining inspiration from other legendary artists like Michael Jackson, Ray Charles, Stevie Wonder, Elvis Presley, and Frank Sinatra. They would motivate the fledgling artist to hone in on his talent as a vocalist from the age of four years old.

From there, the performer would quickly expand on his musical proficiency, even picking up the trumpet and excelling at the instrument at the young age of seven years old. He would build up a reputation as an incredible soloist on the trumpet, winning many different awards and competitions, but spurred by his passion and determination, he would forgo this to chase down the singing career he had always dreamed of.

Now, Seth makes great use of his innate musical talent and experience to create music that resonates with his listeners down to the core. Taking his many influences and blending it together with his own personal style and flair, Seth has carved out his own musical niche, based around catchy hooks and powerful songwriting that’s capable of captivating any audience.

As a songwriter, he puts in extra care to ensure that he can reach out to his listeners through his music. It’s important to him that every listener can relate to the sentiments he expresses, and he takes care to ensure anyone can understand the themes he establishes for a song.

“When I write music, I don’t just write for myself; I write for the listener as well. I don’t just arbitrarily express myself. Every piece will always have a set theme and direction. I’ll rewrite the whole song if I have to until it makes perfect sense.”

Seth Jacobsen’s debut single, “Count on Me,” is set to release on all major streaming platforms on February 18. It’s the fruit of all his labor up to this point, written by Seth himself and produced by Dylan Ronan. It was mixed and mastered by Steven Clark at Clear Track Studios. Seth hopes that it’ll prove his prowess as an excellent performer to the world and himself.

Stephen Vicino is the founder of MusicExistence.com. He created this site to give talented musicians a voice and a way to be discovered.
@@svicino
Previous SOUTH OF EDEN Departs from Label with First Independent Single, ‘”Lone Riders”!
Next Live Review + Gallery: Shinedown, Ayron Jones at The Theater at Virgin Hotels in Las Vegas, NV (02.04.22)