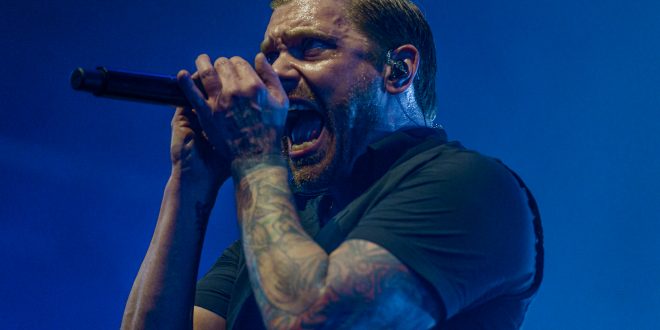 Shinedown and Ayron Jones recently rolled through Las Vegas and gave a sold out crowd at The Theater at Virgin Hotels an absolutely stellar night!

Ayron Jones took the stage to kick off the night and deliver an incredible set! This was my first time seeing his/their live performance and I loved every single electrifying minute of it! Jones tends to describe his music as a mix of blues, grunge, hip hop, rock, and soul….which is quite the mix but once you see the live performance, you see how it all melts into a wonderful and captivating experience.  The grungy hard rock vibes are loud and clear and delivered with Jones’ amazing conviction in every single note and word. I am definitely looking forward to seeing more in the future and you should be sure to check one out too if you can.

Shinedown came out and delivered an amazing performance, just like they always do. Every single time I attend a Shinedown concert, it is always such an emotional high all night long. While Shinedown is no stranger to sold out shows, it is still very encouraging to see such a wonderful turnout after these last few years. The Theater at Virgin Hotels was certainly no exception…the house was packed!

Opening the night with Cut the Cord, Unity, and Fly From the Inside certainly set the mood and literally the stage for the night. While Shinedown‘s music has plenty of dynamics, make no mistake once the lights go down and the show starts, they are ON 1000% of the time and the energy in the room was taken to a whole new level.

As the band played on, they powered through and crushed fan favorites like If You Only Knew, 45, and Diamond Eyes.

The band also played their brand new single, Planet Zero, which will be on their upcoming release, Planet Zero, due out on April 22, 2022 via Atlantic Records. The song is currently streaming and available for purchase, but you can also pre order the new album now. Please see below for full contact information.

One thing I always feel from a Shinedown show is exactly how much the band means to fans…and how much the fans mean to the band. Frontman Brent Smith always has a keen eye on the crowd and was quick to diffuse a slight situation in the crowd before anything could get out of hand. On the flip side, Smith also makes it a point for everyone to look around and take everything in, which is something I believe truly adds to the experience and creates a nice sense of belonging where we all get lost in the performance.

Shinedown always delivers an amazing performance full of songs that hit straight to your core, have lots of pyro, (and cmon, seeing pyro after these last few years of basically no shows is quite the sight), and always make sure you leave with a smile. These guys are firing on all cylinders and showing absolutely no signs of letting up. Please checkout a show if you can, you won’t regret it!

Shinedown will release their seventh studio album, “Planet Zero” on April 22, 2022 via Atlantic Records, but you can stream/purchase their newest single, “Planet Zero“, right now.

Planet Zero follows Shinedown’s 2018 acclaimed album ATTENTION ATTENTION, which was certified RIAA Gold. The band recently brought the LP to life in a riveting feature film. A visual counterpart to the album’s narrative about a mental health journey and the resolve of the human spirit, the ATTENTION ATTENTION film weaves together the album’s 14 songs into a provocative and thought-provoking cinematic story that illuminates yet another dimension of Shinedown’s limitless creativity. PRESS HERE to watch the trailer. The film, directed by Bill Yukich (Beyoncé, Metallica, Wiz Khalifa) is available for viewing on digital and cable VOD in the U.S. and Canada via iTunes, Amazon, Google Play, Vudu, Comcast, Dish Network, Verizon Fios, and Mediacom, and is also available for purchase on Blu-ray and DVD – PRESS HERE to purchase and watch. It will soon be available in other international territories.

For More on Shinedown:

For more on Ayron Jones:

Las Vegas based musician and photographer. I love to travel and explore new adventures!
@mjph0to
Previous Seth Jacobsen – Count On Me
Next JE T’AIME Drowns Its Sorrows In Endless Parties With ‘PASSIVE’ 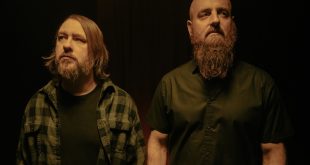