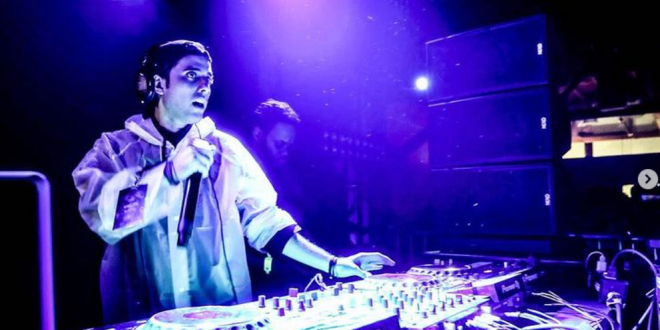 1
SHARES
FacebookTwitter
DJCJ draws on his diverse influences, bringing them together to offer us exciting musical content. Known for his rich career in DJ’ing and producing, DJCJ came into the light after his remix of the mega viral ‘Bing Bong’ meme. What began as a search to discover new musical gems and a passion for understanding sound became a newfound career for this rising DJ and Producer.

To learn more about this new artist and what we can expect from him this year, we asked DJCJ all about his inspiration and goals in the music industry.

Where did you grow up? How did it inspire your music?

I grew up in the city of Monrovia, which is a small suburban town in Southern California. There really wasn’t much to do out there so at a young age I became obsessed with discovering new music.

Every single weekend I would be at the record store buying new albums of artists I’d hear about. It was such an exciting world to me & I was literally trying to get “my fix” from each new album. Genre didn’t matter, as long as it was hype. I ended up amassing a collection of over 500 albums before I even picked up my first instrument. I was a big fan of artists & bands like NWA, koRn and everything in between.

Eventually I went on to study “Jazz Guitar” in college in hopes of becoming a professional musician. While in college, I also started working in the LA nightlife scene. After a few years of doing that, I became friends with a lot of DJs and producers who then inspired me to start DJing and producing my own music. Once I made my first beat on Ableton there was no going back.

Can you explain the meaning behind your most recent single?

Currently, I’m a full time DJ / Producer. As a DJ, it’s my job to stay on top of whatever is “trending” and incorporate that into my sets. I noticed the “Bing Bong” meme went super mega viral recently and I immediately thought it’d be fun to produce a hard trap beat with “Bing Bong” as the hook.

That was literally my inspiration – remix a meme and make it super hype. I am happy to report that the response from the dance floor has been super hype as well. At the end of the day, people go out to have fun and songs don’t have to be serious all the time.

Are you planning on staying an independent artist or signing a major label deal?

I think with the rise of social media and the “content creator musician” we’re entering such a special time where if artists play their cards right they really can have all the power and leverage before a label even approaches them.

In 2022, you have the most of the same information at your fingertips that the labels have. They may have a few more connections or a more refined infrastructure – for things like press releases and Spotify playlists but at the end of the day you pay a “premium” for that once you have to pay back your loan, called the label “advance”. Why not put the work in and keep everything you earn?

So, what are your next moves? What’s in store for you this year?

I just want to keep putting out fun content. With so much negativity and toxicity getting attention in the world right now, my goal is for anyone who has an experience with me to be light and fun. As far as upcoming shows, I will definitely be playing a lot more shows at my residencies in Los Angeles, Santa Monica, and a handful of other cities to be announced soon.

With over 3 million streams across all platforms in 2021, DJCJ is one to watch. This DJ has now appeared at the Grammy Recording Academy & Sony Music’s Charity Event and the Official Maxim Halloween Party during the latter part of the year. His first television appearance on Netflix’s trending show, Selling Sunset, is also not to be forgotten. DJCJ is not stopping in 2022 with so much more on the way.