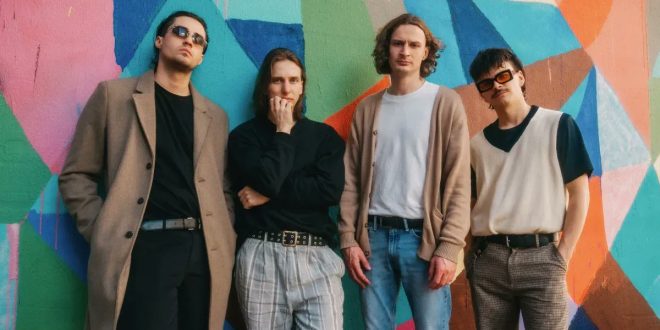 The Faim unveil official music video for “The Hills”

Australian rock exports The Faim have released another anthemic, adrenaline-charged single “The Hills.”

With vehement vocals and a fervent performance, “The Hills” is a standout from their forthcoming album, which will be released later in 2022. Liberating piano hits, atmospheric synths and assertive drums combine and charge towards a cathartic chorus, where the band’s charismatic frontman Josh Raven touches on themes about revitalization and nostalgia.

“’The Hills’ is a song which touches on anxiety and the desire to go back to that place where you can reconnect with yourself and take a breath.” comments guitarist and songwriter Sam Tye. “For Josh and I, the Perth hills is one of these places and after two years of being on the road, coming home gave us a moment to reflect on the sometimes-overwhelming experiences you have whilst touring. I hope this song helps people find that place for themselves.”

Alongside the release is the aesthetical music video. Featuring gorgeously golden shots of the band performing the song, with picturesque footage of the Perth landscape, the video touches on the song’s sentiment, paying homage to the band’s beloved homeland.

“’The Hills’ music video involves a stylistic representation of life inside the band,” continues Tye, who created the concept for the video. “The driving connects to life on the road and experiencing the world through a moving window as they travel to their next destination. In certain moments we see live performance represented and in others we see snapshots of personal creativity, drawing back the curtains of life in a band and its perpetual motion.”