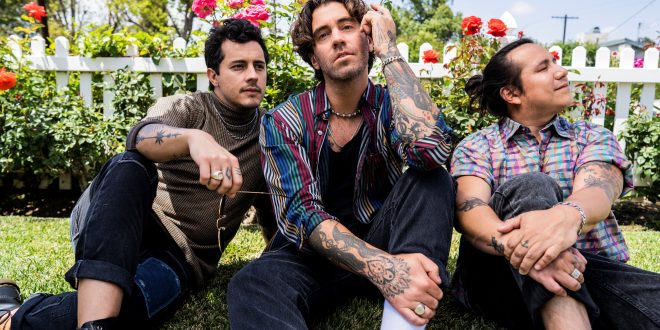 Following the release of their new single “Timeless,” alternative rock band American Authors have joined forces with Chad Tepper once more on a brand new music video. Fans can watch the wistful new video for “Timeless,” directed by Janush Libicki at Spaced Visuals.

On the new video, vocalist Zac Barnett shares: “I love this video, it was so much fun to film. It’s really all about if you could go back in time and talk to your younger self, what would you tell them?”

Since releasing their debut album Oh, What a Life in 2014, New York-based pop-rock outfit American Authors have experienced milestones most bands only dream about. They’ve watched their music climb to the top of the charts, and seen singles go multi-platinum. They’ve played awards shows, hit the stages of legendary venues all over the world, and toured the world. Their anthemic hit single “Best Day of My Life” has been featured in over 600 movie trailers, TV shows, commercials, and as a theme song for the Stanley Cup Playoffs.

Despite these accolades, however, lead singer Zac Barnett vows that the best day of their lives is still yet to come. “We just want to keep going,” he says. “We can’t wait to continue this adventure.”