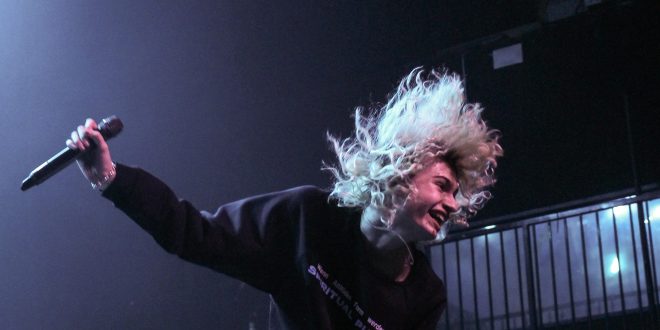 Editor’s note: Ash Gutierrez, who performs under the name glaive, celebrated his 17th birthday just a few weeks ago and last week he performed to a sold out crowd at The Fonda Theatre in Los Angeles. On top of that he just released his fourth EP, Old Dog, New Tricks. If that makes you feel a little unaccomplished you’re not alone, the ambitious youngster has accomplished all of this during the COVID-19 pandemic, in fact it was the fact that he was attending high school virtually that gave him the time and means to record his music and earn himself a record deal with Interscope. glaive is certainly making a name for himself, and quickly, at this pace he should be a releasing an LP sooner rather than later. Ashton Carr was at The Fonda for glaive’s sold out show last week, check out photos now: