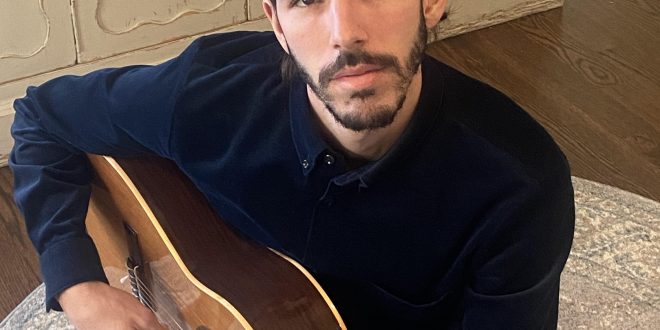 Ohso Davis is a man with a new found sound and love for music. The 28 year old American has gone through identities a plenty and spent a lot of time on creating a craft that we can all align to and get on board with. Influenced heavily by R&B, soul and pop, Davis wants to infuse an authenticity with his music and the genres that are blended between those aforementioned.

A brand new project, Ohso Davis’ first release is an uplifting, soul pop number ‘You Who’. Filled with a full brass section, groove laden and funky bass alongside a modern and stylish production, Davis has already made his mark with this debut, embedded with blues and R&B sensibilities throughout, with his smooth and swooning vocal that sits so delicately on top of proceedings. Not alone, Davis co-produced the track with Joe Hettinga to get it to the high level it is now at.

There is a classy feel to ‘You Who’ as well, and it’s a track you won’t get tired of quickly. The more you immerse yourself into the track you realize the different layerings of instrumentation that make the track stand out; there are some congas/timbale drums that sit seamlessly in the background, trumpets, synth, and so much more. ‘You Who’ will immediately settle you in and relax you with its suave personality, and Ohso Davis has certainly found his feet already with this highly potent offering.

There’s a prominent soul influence in “You Who.” Did any artists in particular inspire the track?

Michael Kiwanuka and Leon Bridges were two artists I listened to frequently before writing You Who.  They both inspire me with their authenticity and the feeling they inject into their music.

Lyrically, what does the song mean to you?

It’s about building community and not letting yourself be deterred by those who may not see your greatness.  I believe everyone has something special to contribute and a big part of delivering that is surrounding yourself with those who allow you to shine.

You really hope to build a sense of community through your songs. Do you feel that music still has that power, even though we’re in an age of increased division and isolation?

Oof!  Good question.  Yes, absolutely.  Music is contagious and  capable of creating long lasting memories.  I believe that during division and isolation music will play an especially important role in shaping communities and helping people find those they share values with.

Can you talk about the writing and recording process for “You Who?” Did you have the arrangement planned out before, or did it come together in the studio?

The song was inspired by the bass line that plays throughout the track.  From there came a guitar chord progression.  Then lyrics.  Those were the foundation pieces that were taken to recording which were expanded upon with my co producer and great friend Joe.  We recorded the majority in his attic studio and had our friends record parts from their places in Michigan, California and cuba.  Lots of fun.

What’s next for you? When can we expect more music?

At the end of February there will be another single.  The goal is to release consistently throughout the year… What’s next are exciting times and hopefully lots of celebration.  Thanks for the questions.

Stephen Vicino is the founder of MusicExistence.com. He created this site to give talented musicians a voice and a way to be discovered.
@@svicino
Previous Escape Ring – “Winning The War”
Next Pamela Hopkins And Jason Lee Campbell Release Music Video For #1 UK iTunes Country Hit