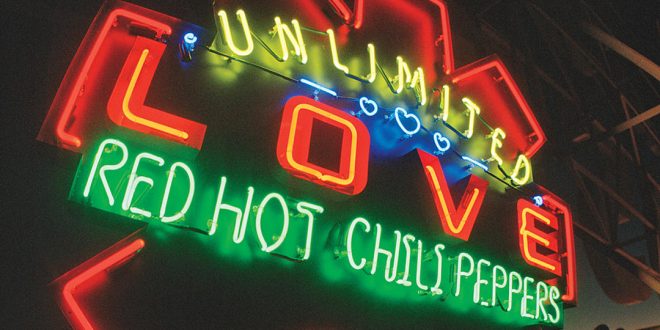 Everything we know about the Red Hot Chili Peppers New Album

It’s been 16 years since the Red Hot Chili Peppers released new music with legendary guitarist John Frusciante and yet it seems like no time has passed at all. While the announcement of Frusciante’s return (and Josh Klinghoffer’s departure) shocked fans in late 2019, the official band reunion was inevitably pushed to 2022 thanks to the pandemic. But now, fans who have been waiting patiently for more than a decade were finally rewarded last Friday when the band dropped their new single “Black Summer,” along with the announcement of the band’s 12th studio album Unlimited Love, arriving April 1st via Warner Records. After spending the weekend analyzing every aspect of the new song, new album and epic new video directed by Deborah Chow (The Mandalorian), Music Existence pooled together everything we know about the Red Hot Chili Peppers’ grand return.

The Blues is Back

As a guitarist, John Frusciante has explored many ways to wave his mighty axe but nothing is more iconic to the ‘Frusciante sound’ than his Hendrix-style approach to blues based rock n’ roll. His modern twist on a classic sound has appeared throughout the Peppers’ catalogue on albums like Stadium Arcadium and Californication, and has finally made it’s return on “Black Summer.” The bluesy riffs and licks that exude through Frusciante’s 1962 Fender Stratocaster put a groove back into their music that has clearly been missing since his departure. The grandiose of the track’s chorus pairs beautifully to the soulful sounds of each verse and takes us back to the early 2000’s blues-rock boom.

John Frusciante isn’t the only one rejoining the group. During 2016’s The Getaway the band worked with producer Brian Burton aka Danger Mouse (The Black Keys, Gnarls Barkley) which saw the Peppers break away from their typical songwriting style and explore new sounds on tracks like “Go Robot” and “Dark Necessities.” Prior to working with Danger Mouse, the Chili Peppers spent the previous 25 years recording with Def Jam founder and mega producer, Rick Rubin. Going back to their recording roots, the band recorded the new album with Rubin at his Shangri-La studio in Malibu.

Speaking exclusively to NME prior to the single’s release, the band hinted at another full album coming sooner rather than later. The band apparently recorded around 50 tracks with Rubin, of which only 17 will make it onto Unlimited Love. The rest could be seen later this year as frontman Anthony Kiedis states, “We’re gonna put out music by the handful – literally. Don’t be surprised if another wheelbarrow of songs comes your way in the near future. We have a lot of shit to turn people onto” (via NME). On top of new music, the band will also embark on a massive world tour throughout Europe and North America. Starting in July, the Red Hot Chili Peppers will be performing at festivals like Firenze Rocks and Rock Werchter before starting a run of stadium shows with opening acts like The Strokes, Thundercat, St.Vincent, HAIM and more. Tickets can be found here. Unlimited Love arrives April 1st.
Red Hot Chili Peppers Online: Website | Facebook | Instagram | Twitter | Spotify | Apple Music