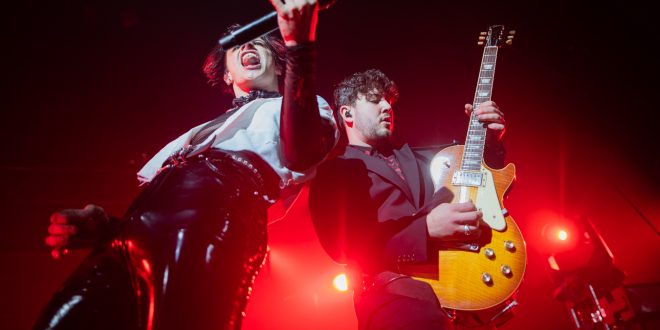 Editor’s note: When we last caught up with Yungblud for our Revenge Of the Road series, he gave us his philosophy for playing live shows, “Leave everything you have on stage, make sure everyone who came to see you is treated like royalty or you don’t deserve to be there.” At that point the Life on Mars Tour was still in it’s infancy, now after making its’ way through the UK late last year, the tour has hit the US. So we decided to see if Yungblud was true to his word, and caught his show in Sayerville, NJ at Starland Ballroom. We’re happy to report he did indeed leave it all out on stage, and leave his crowd feeling like royalty. Every Yungblud show has a strong community vibe with a central theme of acceptance. Check out our photos from the show now, including openers Palaye Royale.