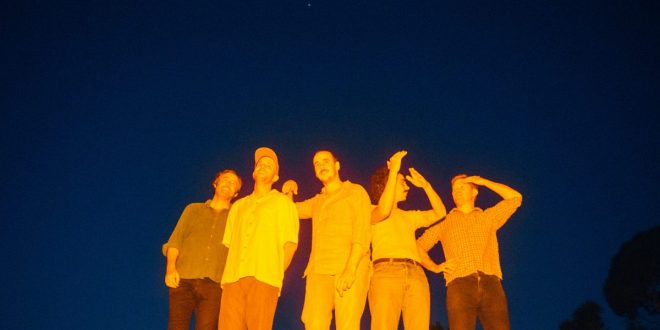 Australia’s Rolling Blackouts Coastal Fever have announced their new album, Endless Rooms, out May 6th on Sub Pop, as well as their first North American tour since 2019. Additionally, they are sharing the album’s first taste, “The Way It Shatters,” alongside an accompanying video. The band return following 2020’s Sideways To New Italy with their most naturalistic and expansive album yet, a testament to the collaborative spirit and live power of Rolling Blackouts C.F. In their own words, Endless Rooms is the band “doing what we do best: chasing down songs in a room together.”

Lead single “The Way It Shatters” started simply as a home recorded MIDI-jam before expanding into the blistering earworm it is now. It heavily features synth, an instrument rarely seen on previous releases from Rolling Blackouts C.F.

The band further elaborates: “It’s about how ending up in your particular situation in life is the result of absolute randomness. If you happen to be born into wealthy Australia or happen to be born into a war zone in Syria. That’s just the way it shatters. So it’s when this good luck is mistaken for a sense of pride in one’s self or their country they become confused and deluded about what’s important. It’s when those on the other side of the luck scale are completely othered and considered not worthy.” In the accompanying video, directed by frequent collaborator Nick Mckk, Joe White plays a man who wakes up on the shore and stumbles into a birthday party, attended by the rest of the band members.