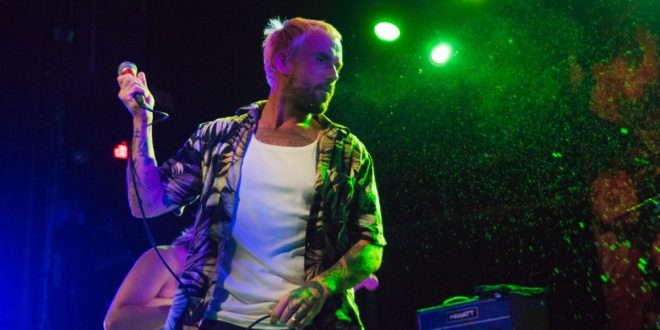 Don’t Go Gentle: A Film About Idles now streaming on The Coda Collection

Beginning today, Don’t Go Gentle: A Film About Idles is now available to stream exclusively on The Coda Collection. Directed by Mark Archer and initially released in 2020 ahead of the debut of their acclaimed fourth studio album Crawler, the documentary traces the arc of the uncompromising British band as it becomes one of the world’s most vital rock groups and helps establish an international community steeped in friendship, unity and determination amid challenging sociopolitical and personal circumstances in the late 2010s. The film chronicles the decade-long journey of lead singer Joe Talbot and the band as they tear across stages, knock down stereotypes and empower fans to face down uncomfortable realities and talk about mental health.

Watch the official trailer and stream Don’t Go Gentle: A Film About Idles now via The Coda Collection HERE.

The Coda Collection offers hundreds of hours of exclusive concert and documentary content from artists ranging from such legendary icons as Jimi Hendrix, The Rolling Stones, AC/DC and Pearl Jam to contemporary premieres of new material by such diverse artists as The Cure, Evanescence, Coldplay, Jane’s Addiction, The Black Crowes, the critically acclaimed Dave Grohl-directed documentary ‘What Drives Us’, and Nigel Godrich’s seminal “From The Basement” performance series featuring such artists as the White Stripes, Red Hot Chili Peppers, Radiohead and others. Late last year, The Coda Collection kicked off an extensive partnership with Metallica to present the global live streaming event Metallica 40th Anniversary LIVE, as well as a full career-spanning slate of concert films, documentaries, and additional content to be announced soon.