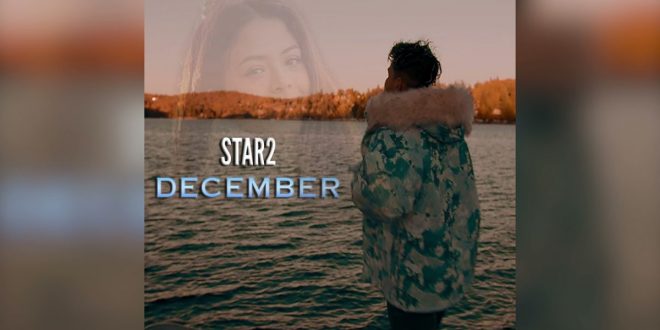 When we’re left alone after a long period of being with someone, memories of the time we spent with this person often seem to flood back like scenes from a movie, on occasion at least, and it’s this concept that we find filling the screen in the new music video for Star2’s “December” this season. Star2 presents an emotional, if at times heart-wrenching, portrayal of introspection and reflection in this latest release, and whether you’ve listened to his music before this or not, you’re likely to walk away from this video as moved as anyone who has been following his work since day one will.

Instrumentally, I like that “December” has a soft structure capable of supporting delicate harmonies as well as searing, honest statements from our leading man. He isn’t hesitant with his poeticisms, but he also isn’t drowning us in a lot of predictable metaphors that we’ve heard at least a couple of times before somewhere in the pop music spectrum. There’s something big he wants to get off of his chest in this performance, and starting with the crisp cut of the bassline, he uses the arrangement as a canvas atop which he can illustrate everything going on in his mind.

If you’re looking for soul from a source that is only getting better each time he gets into the recording studio, Star2’s “December” is almost guaranteed to hit the spot. Between his smooth lead vocal and the vulnerability established in this melody-forward composition, Star2 makes it hard to deny his talents in this single, which I would already regard as one of the more complete pieces he’s submitted since first arriving in the spotlight not long ago. It’s another strong showing for this player, and likely not the only release worthy of critical acclaim that we’ll hear from his camp in 2022.

Previous Single Review: Jim Waneka “I’m Coming Home”
Next Marina Massanova Is Verifiably Breaking The Internet With Her Brand-New Single On Her Way To #1