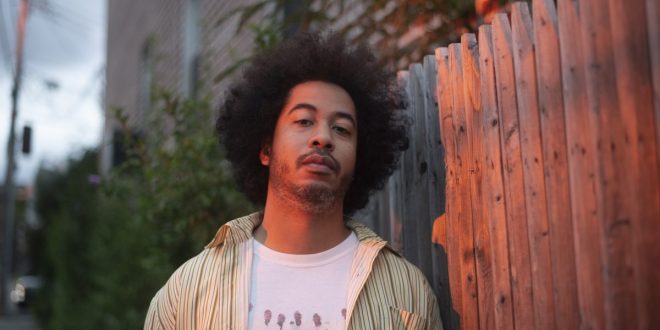 Maneka is the wildly adventurous songwriting project of Brooklyn guitarist Devin McKnight, and his new album Dark Matters is a kinetic, unpredictable, and totally resonant glimpse into his future. As a Black man in largely white spaces, McKnight goes into the album exploring the uncomfortable truth of American racism from a bird’s eye view and comes out the other end more informed and prouder than ever. “I wanted to introduce the idea of indie rock fused with gaudy, bejeweled Blackness,” he explains. “We’re not ashamed of our success, we’re flaunting it.”

Devin’s storytelling across Dark Matters is equally intrepid, informative, personal, and powerful. One of the album’s highlights is “Winner’s Circle,” a song with two sides that playfully toys with the idea that Beethoven was actually Black. “I don’t care whether or not it’s true Beethoven was Black, but if it’s true, he wore a white face to fit in and this is me confronting that; just talking to him as if he’s some dude from around the way and telling him to be proud of who he is.”