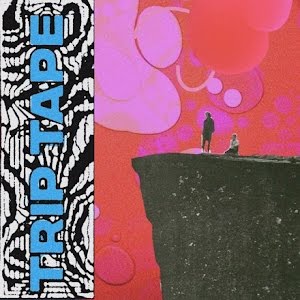 If there’s a place for modern synth-rock in 2022, Milky Chance is out to discover it in their new single “Love Again.” Right off the top, this hybrid alternative pop/rocker has a distinctly synthetic bend to its groove, and despite a lush guitar element it winds up feeling like a descendent of the electronic pop movement of the late 2010s more than anything else. The aesthetics are twisted in a mild R&B influence, but no matter what kind of terminology you want to thrust on this sound, one thing is for sure – “Love Again” is a hard single to put down.

The rhythm is debatably as experimental as some of these lyrics are, given the setting, but nothing feels out of place or unorthodox in the sense of conflicting with mainstream tastes. Honestly, this is one of the more fine-tuned indie cuts I’ve listened to in 2022 so far, and in contrast with their cover of “Tainted Love,” I think this shows off a much warmer look for Milky Chance (especially as it relates to their melodic capabilities). They’ve got strong chemistry, and they’re definitely making it work for them in a way no one else could have.

There’s a lot of swing in the bassline here, but I think this needed to be the case for the percussion to stay as conservative in tone as it does here. The vocal needs a lot of space to breathe, and it gets plenty – I get the impression that, of all the different elements comprising the climax in “Love Again,” the singing is what Milky Chance wanted to emphasize above all else. They know how to go soft without losing their signature edge, which isn’t exactly a common feat among bands on any level of the charts.

I just got into Milky Chance recently, but I understand why the critical response to their work has been as significant as it has been. They’re onto something special in “Love Again,” and I don’t see it fading from their grasp as long as they steer away from making exclusively groove-oriented music in their future endeavors. There’s so much to explore in their sound, so many different facets of the compositional structure of this song alone, that to leave any rock unturned just wouldn’t be doing their potential, nor the talent they presently have, justice. I’m game for more, and I think other pop fans who check out “Love Again” will be in the same boat.