Home / News / Todd Omohundro’s Newest Jazz-Rock Album, The Future is Calling, is a Musical Masterpiece Of Orchestrations and an Ode to Broadway Tunes 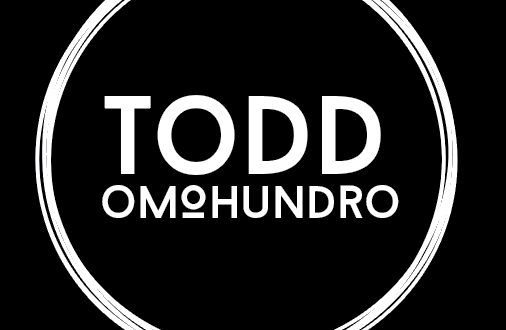 Todd Omohundro, sometimes referred to as Todd O, the Philadelphia native and seasoned performer with the Philly Pops, recently released his bluesy jazz-rock album, ‘The Future is Calling.’ This Big Band style album is reminiscent of the band Chicago and inspired by Broadway show tunes, like Rent, Hairspray, and Chicago, with a hint of Paul Simon in his vocals. ‘The Future is Calling’ was born from Todd’s own life changing experience of an accident.

“In the fall of 2020, I had a random fall in the woods and needed shoulder surgery… shoulder surgery alone is excruciating pain but added on top of that was an unexpected situation where the anesthesiologist gave me too much anesthesia for my body weight and the overload started shutting my GI tract down. I honestly thought I was going to die and rewrote my will,” shares Todd. “I had quite a few ‘dark nights of the soul’ – YouTube meditations, prayer and some amazing inner strength/will to live kept me going through 8 brutal months. Music producer Jeff Weber encouraged me to create music through this period and as difficult as it was… I did. So I was writing to heal myself, inspire myself and hopefully inspire others in the process… My greatest wish as an artist now is to inspire people and have concerts that are like a combination music show and inspirational seminar.”

Writing music gave him the spirit to move forward. After emerging from his dark journey, he was able to look back and see the good in life and embrace life for what it is, singular. Most of his songs are about the good, like “Squeeze It in My Soul,” about no one can take away his beautiful experiences so intends to squeeze every ounce of fun and joy his experiences, memories, and life has to offer. His song “Taste of Honey” is an ode to the love and help that people bring to each other.

The album boasts of 10 songs, each about something important to Todd. While most of his songs are about the good in life, his most notable is the song “The Future is Calling,” which calls and pleads for a better future for us all. He notes that Global Warming is a threat to us all and it’s getting dangerously close to being too late to stop. This song is a calling for us to do better so that future generations can live like we did. His other call-to-action song, if you will, is “Drowning in Content,” which asks us to love one another genuinely rather than materially on social media.

Stephen Vicino is the founder of MusicExistence.com. He created this site to give talented musicians a voice and a way to be discovered.
@@svicino
Previous THE BRKN’s NEW SONG AND VIDEO FOR “COFFEE” OUT TODAY/TOURING WITH THE DANGEROUS SUMMER
Next FREDRIK CROONA Condemns The Vain With New Project & Debut Single, “Scum”