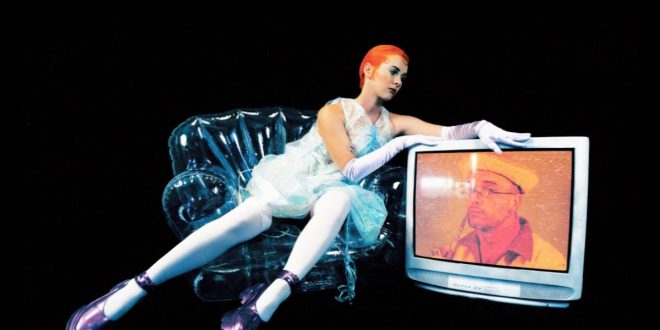 Renowned sibling duo BROODS (Georgia and Caleb Nott) are diving into the new year with the release of their rousing new single and video for “Like A Woman” from their forthcoming studio album, Space Island, out February 18 via Island Records Australia/Ingrooves. The track weaves through bursts of harmony followed by desolate stillness before building to a gorgeously explosive bridge, highlighting Georgia’s distinctive vocals through moments of fragility. Space Island is available for pre-save/pre-order now HERE.

“To me this song very much reflects what it feels like to talk about things that have hurt you,” shares Georgia. “You might start off like, ‘I think I’m all right. Although it did hurt. It hurt a lot, actually. I mean, yeah—it really fucking hurt.’ Or at least that’s how I tend to talk about these things, but I’m learning that, when I look a little deeper into the aches and pains, they all come from a place of love. Doing that gives me a way of seeing it in a non-judgmental way… I didn’t have any idea at the time how important of a song it would become to me. I hope people can feel as held as I felt when they hear it.”

The release of “Like A Woman” comes on the heels of the recently announced 2022 Space Island North American Tour. Kicking off in Austin, TX on May 20, the upcoming 20-date outing will see the buzzy duo travel throughout the country and Canada with stops in Nashville, Atlanta, New York, Philadelphia, Boston, Toronto, Chicago, Denver, and Seattle before wrapping in Los Angeles on June 15. Ella Vos and Tei Shi will support on select dates. Artist, Spotify, and local pre-sale tickets are available now. Public on-sale will begin tomorrow, January 14, at 10am local time. For more information, visit www.broodsmusic.com. Full routing below.

Previous Foals collaborate with Flight Facilities for “Wake Me Up” remix
Next Laundry Day debut official music video for “Did You Sleep Last Night?”