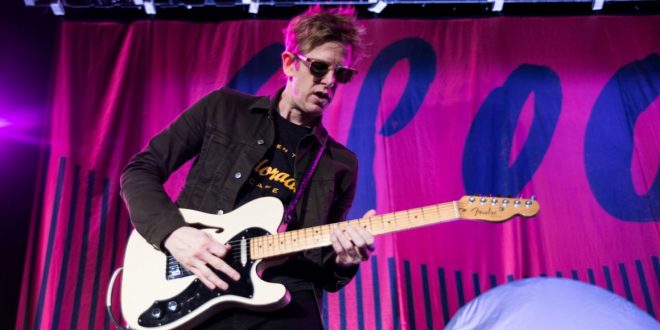 Spoon have revealed their first tour in support of the forthcoming album Lucifer on the Sofa, out February 11th on Matador Records. Hailed by Time magazine as “one of the greatest American rock bands,” Spoon will bring the pure rock n’ roll sounds of the highly anticipated new album to stages across the country.

The tour dates kick off April 6 in Boston, MA and conclude June 4 in Phoenix, AZ. Along the way the band will make stops in, among other cities, New York, Chicago, Denver and Los Angeles. In addition the band has a one-off show on February 8 at the Observatory in Santa Ana, CA. Special guests Geese and Margaret Glaspy will support on select dates. Tickets are on-sale Friday, January 21 and all dates are listed below.

Lucifer On the Sofa was co-produced by Spoon and Mark Rankin and features contributions from Dave Fridmann and Justin Raisen. It’s the band’s purest rock ’n roll record to date. Texas-made, it is the first set of songs that the quintet has put to tape in its hometown of Austin in more than a decade and bottles the physical thrill of a band tearing up a packed room. It’s an album of intensity and intimacy, where the music’s harshest edges feel as vivid as the directions quietly murmured into the mic on the first take. According to frontman Britt Daniel, “It’s the sound of classic rock as written by a guy who never did get Eric Clapton.”

#with Margaret Glaspy
*with Geese