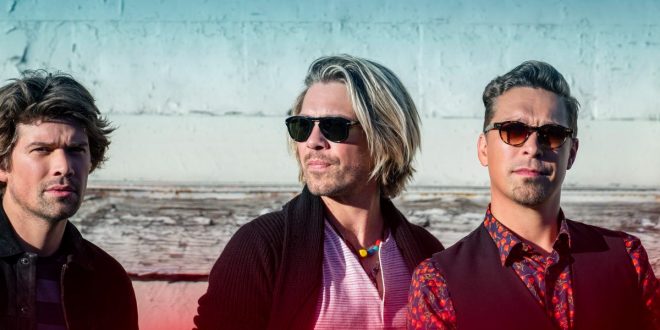 1
SHARES
FacebookTwitter
Pop-Rock Trio Hanson announced their Red Green Blue World Tour today with tickets going on sale at 10am (local) January 20 via Hanson.net, along with their unique new album comprised of the band’s three solo-led projects. Red Green Blue will be released via 3CG Records on May 20 right as the band is reaching the milestone of 30 years performing together. The new Red Green Blue album brings together the band’s three unique creative voices like never before with a third of the album written and produced by each brother (Taylor’s Red, Isaac’s Green and Zac’s Blue). The project brings together a team of collaborators, with the album co-produced by Grammy Award-winning Producer, Engineer and Mixer Jim Scott (Tom Petty, Red Hot Chili Peppers, Wilco), and Grammy Award-winning Artist and Producer David Garza (Fiona Apple, Midland, Sharon Van Etten).
“Going into our 30th year as a band we felt like it was imperative we continue to tell our story like only we can, and telling stories in ways that will continue to challenge us to grow and give people new reasons to listen. Red Green Blue is about sharing what has made us a band that has been able to weather so many storms,” said Isaac Hanson.
“Our love and respect for Jim Scott has only grown since we first met 20 years ago. He has been behind some of our favorite albums, so it’s an absolute joy to have finally made a project together,” said Taylor Hanson.
Added Zac Hanson, “We have had a long friendship and deep connection with David since our early days as a band. We could not have had a better musical collaborator for this milestone project.”
Beginning in June in Europe, the Red Green Blue World Tour will bring Hanson to the US and Canada from July-September, Latin America in September, and Australia & New Zealand in November. The band’s first major tour since their String Theory album & tour in 2018/2019, fans will be in store for a tour which not only features the premiere of 15 songs from the new project but will also be the first tour to include live performances of 2020’s Against The World as well as career-spanning setlists of fan favorites. The US and Canada leg of the tour is produced by Live Nation. Citi is the official US and Canada presale credit card. As such, Citi cardmembers will have access to purchase presale tickets beginning Tuesday, January 18th at 9am PT/12pm ET until Wednesday, January 19th at 10pm local time through Citi Entertainment. For complete presale details visit www.citientertainment.com.

AUSTRALIA
November 2022 dates to be announced later this Spring