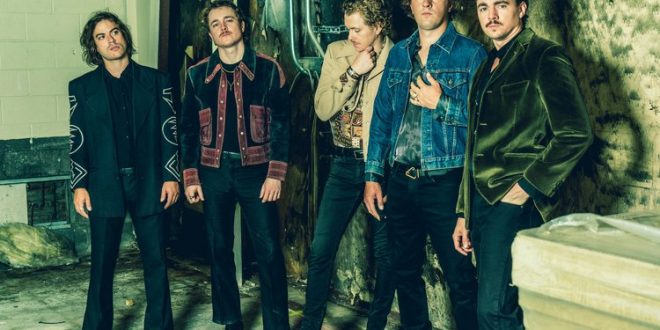 Today, Ceramic Animal have released a new single, “Up In Smoke,” along with a companion music video directed by Bob Sweeney and shot cinema verite style around their hometown. “’Up In Smoke’ takes you on a forlorn, lonesome journey that shows how the feeling of isolation can seep into every aspect of life,” says lead singer, Chris Regan. “The upbeat instrumentation creates a necessary dichotomy and acts as a sign of hope. There is always a chance to break out from the hold of solitude.”

Ceramic Animal hails from historic Doylestown, Pennsylvania, about an hour north of Philadelphia. The band features a trio of brothers—Chris Regan (vocals, guitar), Erik Regan (drums) and Elliott Regan (vocals, keys)—along with childhood friend Anthony Marchione (guitar) and Dallas Hosey (vocals, bass). A guitar band of the highest-order with an acute focus on songwriting, they fuse post-punk, psych and 70’s pop together in a sound not too far from contemporaries like The War On Drugs, Strand of Oaks or fellow Pennsylvania artist, Kurt Vile.