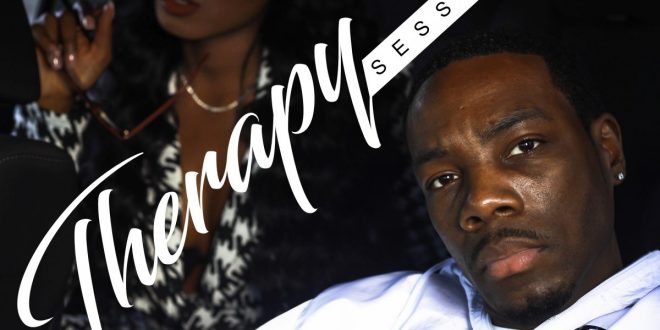 Aggression can be the cornerstone of success when it’s utilized in the right fashion, and in his new single with Asia Major, titled “Way Up,” rapper Dre’Co gives us a pretty good example of what it sounds like when hard-hitting rhymes find the right stage to shine on. Without overindulging in his attack, Dre’Co gets downright dirty with the verses here, slamming us with an anti-melodic hammer that somehow winds up interwoven with the hook in this track excellently, leaving just enough room for Asia Major to lend a little magic to the chorus. It’s lean, it’s mean, but more than anything else, it’s a fine representation of skill.

The chemistry between these two players is amazing, and I love that it isn’t overstated in the mix. For the most part, when Asia Major is at the mic, it’s her spotlight to own, and vice-versa. Scarcely does Dre’Co sound like he’s in a rush to hit the climax here; contrarily, he knows that his collaborator is on the other side of the groove just waiting to outfit the hook with a melodic faceting perfect for this kind of a jam. Their connection here begs but one question – with vibes this strong, who even needs a bassline to work off of?

These lyrics feel as natural as the exchange between Dre’Co and Asia Major, with the former’s set of verses coming together in such a smooth arrangement that I was left wondering how much time he must have spent ironing every word out to sound as fluid as they do here. He’s definitely got a talent for connecting the dots in a way that brings to mind some of the best rap battles I’ve ever experienced on the street level, and better yet, he’s more polished in his delivery than a lot of the players you’ll hear coming up through the underground right now.

If you want a rapper who isn’t putting big beats ahead of his poetic strengths, Dre’Co is the man to go see right now. With Asia Major by his side, he drops a firebomb of a single in “Way Up” that has me very curious to hear what his next EP or full-length is going to sound like. I hope this isn’t the last time these two collaborate together, but if it is, I think both can rest assured that their work here is going to go a long way towards bringing them more exposure around the country.