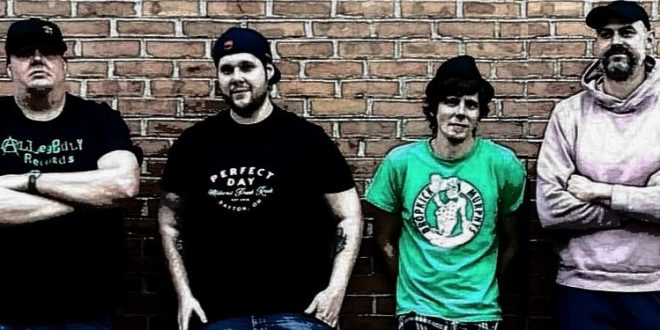 Columbus, OH, rock band, The Plan B’s, has released their debut EP, Catch A Break. The release features their first single, “Scrapbook of Scars.” “It’s our first offering,” says the band of the release. “We’re nervous but glad it’s finally out in the world!”

“Scrapbook Of Scars” is a short, punchy, punk rock anthem highlighting many of the injuries band members have received at various shows throughout the years. “The EP features songs about everything that happens in the pit,” says the band. “How we get knocked around and the sh*t beat out of us but keep coming back.” Heavily influenced by the likes of Operation Ivy and NOFX, The Plan B’s Catch A Break is an offering that brings you right back to that classic East Bay punk sound.

Catch A Break is out now on Punkerton Records.  Listen to “Scrapbook of Scars” on SPOTIFY or on Youtube below:

The Plan B’s formed in July of 2019. With an eclectic mix of old-school pop-punk, punk rock, and a hint of grunge. The Plan B’s bring an energy and sound all their own. Signed to Punkerton Records in 2021.

Connect With The Plan B’s: