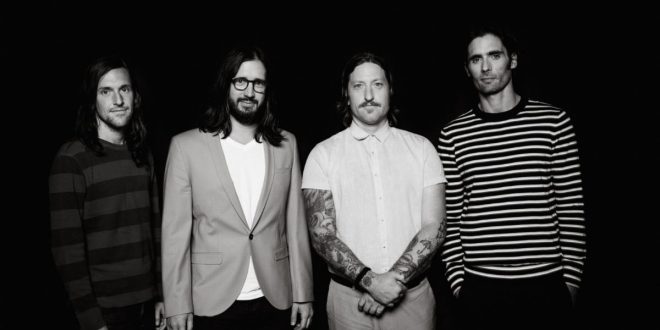 The All American Rejects reissue classic Move Along LP

Dark Operative today announced a deluxe vinyl reissue of The All American Rejects’ Move Along LP.

Move Along is the second studio album from Stillwater, Oklahoma’s The All American Rejects Featuring hits like the title track, “It Ends Tonight,” and “Dirty Little Secret,” this was the album that propelled the band into becoming a household name, achieving RIAA-certified double platinum status, and packing out arenas at the height of a three-year tour cycle that rarely took a break. The album was produced by Howard Benson, recorded by Mike Plotnikoff, mixed by Chris Lord-Alge.

Having had original plans to formally celebrate its 15th anniversary in 2020 with special live performances and premium vinyl reissues, it’s safe to say that nobody saw what was coming for the entirety of the planet’s population for the two years following. Needless to say, plans had to be put on hold.

To hopefully usher in a brighter omen for 2022, Dark Operative is formally issuing Move Along in a hyper-deluxe format featuring rainbow holographic foil, gatefold inserts, metallic inks, on White and Golden Nugget variants. This deluxe reissue is only available direct through Dark Operative, as the label’s distributor sold through all copies ahead of street date.