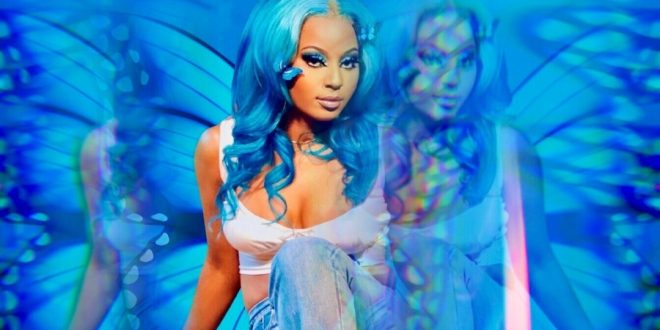 Chicago singer-songwriter Faith Amari has just released her newest album, Complex Butterfly. The mixtape album features 18 alternative R&B and Hip Hop tracks that showcase Faith’s skills not only as an accomplished vocalist but also as a songwriter and arranger.  “Complex Butterfly represents my growth not only as a woman but my growth mentally, physically, and emotionally,” says Faith. “I went through a whole transformation throughout creating this project and it made me become the best version of myself and I couldn’t be any happier.”

Complex Butterfly was mixed and mastered by J Forrest and B CHILL MIX, and features the singles “BLK BOY” and “Looking Good“.” “Blk Boy” is a beautiful release of my repressed thoughts on street harassment,” Faith explains. “It provides therapy for not only me, but also other women of all different backgrounds who have been affected.“

Along with the single, Faith dropped a self-directed music video. ” “Blk Boy” was directed by me. I came up with all of the ideas and my father shot it. Emmanuel K. Jackson was a part of the video and he did an amazing job with portraying the guy who was catcalling the girls.”

Listen to the song on Spotify or watch the video on YouTube below:

With her second single, Faith switched the mirror from society to self. “I‘ve always been all about self-love. So when I wrote “Looking Good“, I wrote it to not only empower myself but also empower women all over the world. I wanted women to feel beautiful and confident.”

Along with her budding music career. Faith is also an entrepreneur, launching the beauty brand Krownique. “When I’m not doing music I’m always doing hair. So I wanted to use the “Looking Good” video to showcase that. It was very fun to edit; a little challenging, but I love challenging myself because it helps me grow. And I have to say that this is my most creative music video yet!”

Listen to the single now on Spotify or watch the video on Youtube below:

Just three years into her music career, Chicago-based artist Faith Amari pushes boundaries while bringing awareness to various topics going on in the world. To cope with all the trauma she faced growing up, Faith turned to music and began singing at just 11 years old. After being involved in various choirs and winning local talent shows in high school, Faith decided to pursue a career in music.

Being heavily influenced by A Tribe Called Quest and The Fugees at 17 years old, Faith began rapping and wrote her debut mixtape Candor released on her 20th birthday, December 2nd, 2018. Faith wrote and produced her debut single Crown, which was released on November 1, 2019.

The 22-year-old musician, who writes and produces her own music, describes her music as “evolution” and “growth.”  “You never know what to expect from me as an artist,” says Amari, “Right now I am an R&B and Hip-Hop artist, but I do like to venture off into different genres, and my supporters will be able to see that soon.” 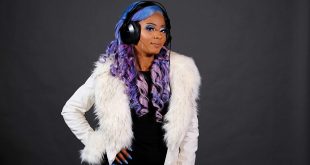