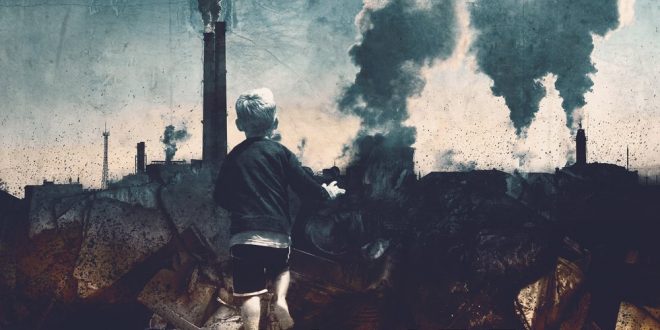 December 24, 2021 – Industrial Rock Band DEATHLINE INTERNATIONAL‘s single “Parasite” addresses a problem that was once in the rear mirror, but now starts to loom large in our life. The band is based in California, a state that is ravaged by wildfires and water shortages on an unprecedented scale so it is not surprising that this is on their mind.

With the help of Christopher Hall [STABBING WESTWARD], John Fryer, and SICK JOKES, DEATHLINE INTERNATIONAL has created the sonic equivalent of a flashing warning sign.

The STABBING WESTWARD mix is a driving dance monster that sets the aggressive tone for the single. The John Fryers Single mix is more intimate and has more somber undertones. Labelmates SICK JOKES  deliver a sonic assault weapon-grade mix that leaves nothing but scorched earth behind.

DEATHLINE INTERNATIONAL produced a short film based on the STABBING WESTWARD remix which brings a visual statement to the message of climate change.

Previous Introducing: Ky Shut It Down
Next Headache – DJ D’OB1