Home / News / New Media / Steph Lyon Is Back With Another Hit, “Keep It Moving.” 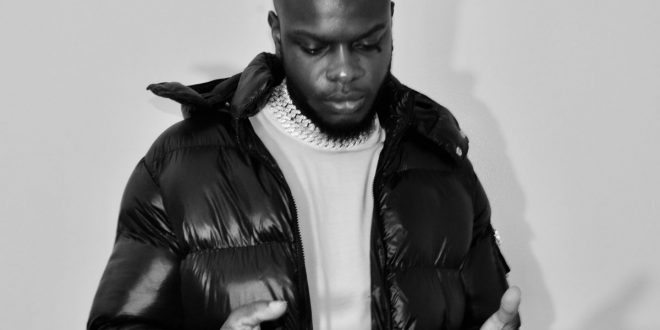 Steph Lyon Is Back With Another Hit, “Keep It Moving.”

Steph Lyon, an Ontario, Canada-based artist, recently announced the release of his third EP, “Keep It Moving.” Released on December 17, it is now available on all major streaming platforms. “Keep It Moving” is a lovely and meaningful project that anyone can easily relate to. It establishes a positive and mindful tone in one’s life. The rapper works hard to persuade his fans to let go of negativity, accept themselves as they are, and ignore those who disagree or speak negatively about their journey. He went above and beyond to record “Keep It Moving,” tackling his mindful living philosophy. It is indeed a genuine composition that will captivate listeners. He is a gifted musician who understands how to incorporate distinctive sounds into his work. Moreover, Steph Lyon is very particular about his music; he never allows negativity to influence his mind or music. He ensures that he never wastes time listening to those who criticize his art. The man is steadfast about not paying attention to those who impersonate or exploit him.

Steph Lyon grew up in Athy, Ireland, then moved to Dublin and finally to Ottawa, where he currently resides. He began his music career in the year 2017, with the release of several tracks and an unofficial EP titled “Lyon Galaxy.” Steph Lyon has made a name for himself in the music industry as a result of his hard work and dedication to music. “WORLD dRIP” is one of his most popular streaming products. “WORLD dRIP” is a mixtape based on his trap sounds that is accompanied by two music videos, Astroworld and FashioNova, and has over 56K streams to date, with more on the way. In addition, Steph also has released an EP on his 21st birthday titled “LIBRA CHILD,” featuring his signature melodic trap sound. It also received widespread acclaim, which he considers his most personal project to date, revealing intimate details about his musical journey.

Listen to “Keep It Moving” on Spotify. For more information on Steph Lyon’s upcoming projects, follow him on Linktree. Don’t forget to check out the lead track, ‘Rocks,’ which has a great music video up on YouTube.

Stephen Vicino is the founder of MusicExistence.com. He created this site to give talented musicians a voice and a way to be discovered.
@@svicino
Previous Interview: Andrea Plamondon
Next Multi-instrumentalist Versal Captures The Listeners With His Latest Album, “Versal Volume 2.”