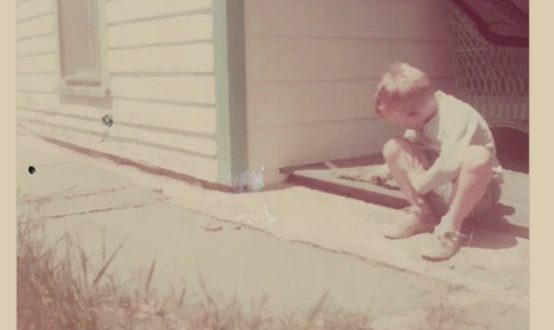 There’s a heck of a big difference between the post-hipster acoustic content coming out of the underground and the bohemian throwbacks a lot of singer/songwriters have been playing the past few years, but the new album Philadelphia from Eric Colville is quite honestly neither. Rather than aligning himself with one of two popular camps, Colville straddles the line between the two and inserts a fresh strain of rusticity into the mix just for good measure.

His style is indeed his own, but when considering songs like “Be Alright” and “Afraid to Dance,” he’s not removing himself so far from the mainstream as to be unlistenable to the average person. Passersby and longtime fans of folk-rock really need to make a point of hearing Philadelphia one and the same, because when comparing all of the singer/songwriter material making noise in the American circuit right now, I personally don’t think there’s anyone quite like this guy, nor is there anything that sounds as smooth as his new album does even after repeat listens this year. There’s quality in every department of this LP and it isn’t here because of any pricey external nonsense.

There’s no theme to Philadelphia, but it absolutely feels more progressive and conceptual than the status quo calls for. We’re always following a deliberate pace, such as in “Limbo” and “Remember to Forget,” or even “How Come,” and it’s never one that sounds restricted by our leading player’s hesitance. Emotionality is always out front and center in these lyrics and, better yet, it’s obvious that it’s not the cartoonish passion that some singer/songwriters have brought into their sound for the purpose of sounding more accessible to the casual listener.

“Song for Will” and “Be Alright” feel like an extension of “End of War” in a couple of ways, but there’s no specific instance of Colville taking the same concept and working it out more than once in this tracklist. Forget the lazy songcraft that has become all too common on the FM dial when listening to Philadelphia – it’s irrelevant and ultimately missing from this tracklist, and in its place an honest singer/songwriter who has no equal in his scene right now.

If this is representative of who Eric Colville is from top to bottom, I think that I don’t just like his style; I’m an outright fan of the way he views music and how it should be made. It’s easy to be a folk-rock fan right now with so much provocative material emerging from the shadows of the American underground at the moment, but if you’ve got a more discriminating ear than most, Philadelphia is an album that you’re really going to have a lot of fun with. It’s both puritanical by design and freewheeling in actuality, given the unhindered personality of Colville himself, and although this isn’t the only folk record I would recommend you hear in the next few months, Philadelphia is still an LP that stands on its own without anyone or anything else to hold it up.