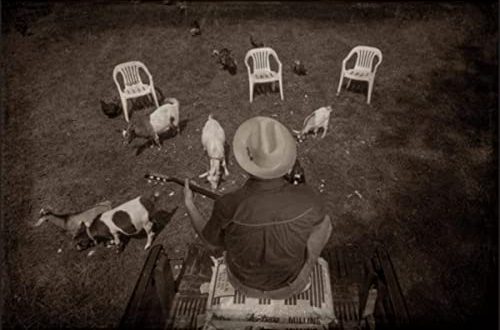 Single Review: Dennis J Leise “How Do You Want Em Made”

Americana is making one heck of a comeback right now, and the new music video for Dennis J Leise’s single “How Do You Want Em Made” captures the essence of the emerging movement rather flawlessly. Though it’s stylized like a straight homage to the old fashioned American swing model, it doesn’t feel outdated in the least. The vitality Leise gives this performance just with his witty demeanor and relaxed attitude in “How Do You Wane Em Made” makes the track and its video a worthwhile acquisition, and not exclusively for those already familiar with the artist’s zany knack for original songwriting.

The video for this song is short, sweet, and anything but simple, but its retro props are included solely to advance the mood of the music and make the hook feel more relevant and immersive. Leise is always pulling our attention away from the visual elements with his surprisingly impressive lead vocal, but he doesn’t come off like a showboat in his delivery at all.

On the contrary, though he’s definitely in control of everything transpiring here, he seems like another working part of the mix rather than the sun this sonic solar system is made to revolve around.

From a musician’s perspective, the black and white melody that leads us into “How Do You Want Em Made” is familiar and unhesitant, but it’s not refurbished from somewhere in the classic American songbook. Dennis J Leise is anything but uninspired or unoriginal, and if there’s something that he wants to make known to anyone who listens to this release, I have a feeling that it has more to do with celebrating the ingredients to this musical feast rather than the recipe at hand alone. He’s quite the chef in the studio, and I’ll be eagerly awaiting whatever he decides to serve up next.

Tags Single Review: Dennis J Leise “How Do You Want Em Made”

Previous EP Review: Rory D’Lasnow “Songs From An Empty Room”
Next Single Review: Darro “Used Me (All Along)”