Home / Album Reviews / Single Review: Darro “Used Me (All Along)” 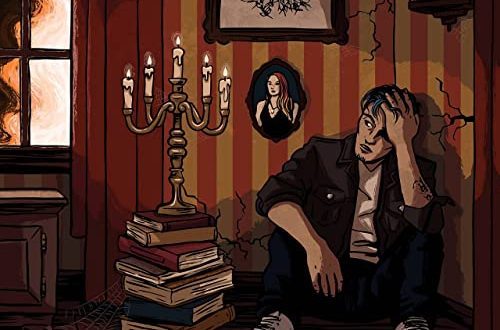 Single Review: Darro “Used Me (All Along)”

In his latest single, indie rocker Darro gets more emotional at the microphone than ever before, and the look it results in just might be the best he’s had to offer since first arriving in the underground spotlight not long ago. Lyrically, “Used Me (all along)” is as personal and intimate as a rock single can be without sounding generically emo, and if you’re wondering if this means Darro has started pulling back on the instrumental panache, you’d better brace yourself for the brawn of this performance – and, even more importantly, the poetry that it frames so awesomely.

The guitar parts you’re going to hear in “Used Me (all along)” are as much a star of this show as Darro’s singing is, and I love how the detail within the riffing – as demonstrated in the separate playthrough video for the song – is cleanly presented next to the other elements in the track rather than atop everything in the mix. Definition and clarifying your sonic priorities are everything in the alternative rock old guard, and from the looks of what we’re seeing in the music video for this single, traditional formulas have had an impact on this player in the best way imaginable.

Alternative music’s edginess as it stands in the 2020s depends on guys like Darro dedicating themselves to the craft as they have – without recognition or reward – for too long now, and this is one artist doing everything he can to keep the ghosts of a classic punk era alive one brutish riff at a time. I’m rather picky when it comes to this style, but when you listen to “Used Me (all along),” I think you’re going to get why I’ve fallen in love with the uncompromising sound Darro has made his own so convincingly in this track and its video.

Tags Single Review: Darro “Used Me (All Along)"