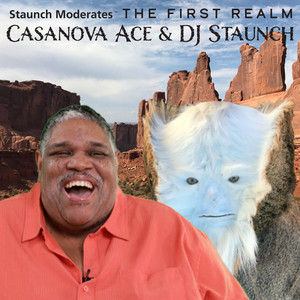 If you’re able to get past the jarring cosmetics of the new music video for Staunch Moderates’ “Bill Maher,” the inventiveness of the entire concept becomes really too rich with detail to dismiss as amateurish. Indeed, the strangeness of the monster, DJ, and underlying political commentary in “Bill Maher” is a lot to grapple with, but all things considered, it also amounts to being one of the most original and thought-provoking indie rap pieces you’re likely to watch or listen to all year long. It’s not quite Billboard-style hip-hop, but it’s certainly something I don’t see myself forgetting anytime in the near future.

The instrumental side of this track is very simple and conservative compared to what some of the more psychedelic-tinged players in the industry have been producing inside of the recording studio. There’s a postmodernity to the production style, but it’s raw and real rather than druggy or spacey. “Bill Maher” doesn’t preach Libertarianism to us in heavy doses as much as it feels like a spoken word story smashed into a retro hip-hop single, which when packaged with as artsy a touch as these guys afforded their release, feels pretty relevant and interesting to a listener like myself.

This is a startlingly strong offering from an unknown act I had never heard of before a couple of weeks ago, and I wouldn’t be surprised if Staunch Moderates followed-up with something just as provocative as this single and its unforgettable music video are. We’re living in one of the most exciting eras to be a fan of western pop music, and while this might not be everyone’s cup of tea, it’s proof that the needle is pushed ever to the left of conventional pop songcraft as one generation takes the reins from the one to have come before them in the studio and beyond.