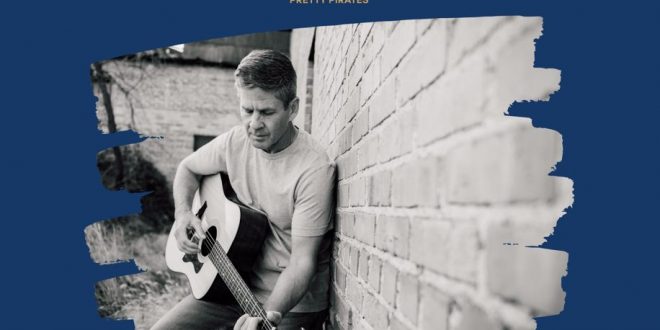 It’s been a pretty good year for country music all things considered, and this is certainly true for rookie recording artist Corey Stapleton. His debut single, “Western Son,” is already getting a nice response from critics and fans around the nation, and in his new follow-up “The Pen,” he tackles traditional country balladry with an even deeper soul connection to the music than many of his supporters had expected from him.

There are no big frilly guitar parts in “The Pen,” any bloated synthetic harmonies, nods to the alternative Americana movement, nor the sense that we’re listening to something that has been derived from a more well-known source in the game today. Contrarily, this is all original content that bleeds organic melodicism from one verse to the next, and as much as I would like to compare it to some of the other feel-good country ballads I’ve had the chance to spin in the latter half of 2021, it’s really too unique a release from its creator to juxtapose with the competition. Corey Stapleton is a go big or go home kind of a guy, and if that wasn’t well known before this single’s release, it’s going to be part of his story now.

There are different methods an artist will employ when trying to produce some resilience in a verse, but I strongly prefer what this player is doing in the build-up to the chorus in “The Pen” to what a lot of the other rising stars in Nashville would do in their own work. You can’t overstate how much love this singer is putting forth in the material just through his delicate vocal alone, and though he’s got every reason to keep our attention and focus on the forefront of the mix – where he’s dominant in every potential way – he spreads out the charm well into the bucolic backdrop we find here. Corey Stapleton isn’t withholding anything at the microphone; everything is paced around his voice and what he’s able to do with it, and provided he sticks with this present formula, it’s going to bring him a lot of fame and fortune in the near future.

“Western Son” really wowed me not just as a country critic but as a lifelong fan of the genre going back to growing up in the rural Midwest, and I think that with the arrival of “The Pen,” Corey Stapleton adds much more definition to his artistic profile than he was already working with. He’s got a laid back attitude in this single that grabbed my attention right from the get-go, and besides his talent as a singer, he’s a rather powerful creative mind, inviting different tiers of expressiveness into this performance than he ever had to just to make it more immersive for the audience. Stapleton isn’t your parents’ country/pop singer/songwriter, but someone who wants to evolve the country music genre as much as he wants to keep its best attributes as holy as history will stand for, and he’s worthy of a lot of accolades this December.