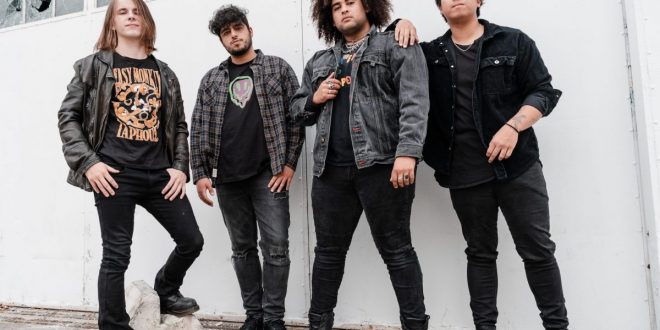 This Seattle 4 piece is versed in Rock and their new song “Home is Only a House” proves just that!

Alternative Press calls King Youngblood “Seattle’s Alt Rock Princes” – they sure got that right. Twenty-two-year-old founder and frontman Cameron Lavi-Jones, along with bassist Hamoon Milaninia, drummer Alix Daniels, and cellist Chet Peterson have a singular mission: grab heavy guitar/drums rock by the collar and drag it into the willing arms of the new generation of fans current fueling the resurgence of Rock. King Youngblood crafts beautifully crisp, deeply soulful, and elegantly strong songs.

Stephen Vicino is the founder of MusicExistence.com. He created this site to give talented musicians a voice and a way to be discovered.
@@svicino
Previous NEW VIDEO FROM HANNAH FAIRLIGHT FOR HER SONG “DO YOU EVER THINK OF ME” FROM HER ALBUM MUSCLE AND SKIN OUT NOW AT ALL DIGITAL OUTLETS
Next Richard Orofinio – “Chimaera” EP