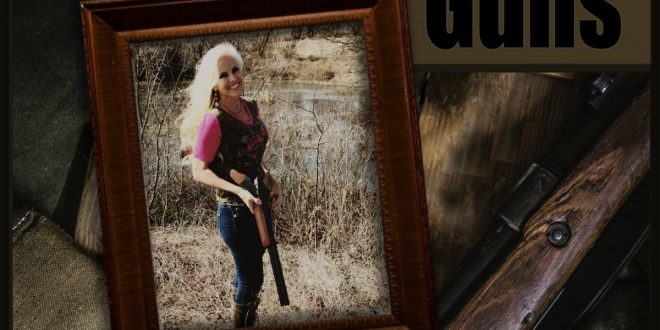 The #1 international iTunes chart-topper proves she is more than a one-trick pony with her November 26th single release.

The words to this song just poured out when I wrote it. I felt the words so strongly that I knew I needed to record it. I literally couldn’t get it out of my head.”— Lady Redneck

\With her playful June 2021 single, “I Dented Your Truck,” Stephanie Lee aka Lady Redneck established herself as one of country music’s freshest new voices. Her Betty Boop-meets-“Santa Baby” delivery drove the single to the top of the international iTunes country charts, and led the song to more than 25K Spotify streams. Now, the Dallas, TX blonde bombshell is proving her versatility as a singer-songwriter and performer, with her November 26th single release, “Don’t Try to Take Our Guns.” Upon its release, the single went straight to #8 on the UK iTunes Country Songs chart.

The impassioned plea for the 2nd Amendment was penned by Lee, who delivers the message in dramatic fashion:

“The words to this song just poured out when I wrote it,” says Lady Redneck. “I felt the words so strongly that I knew I needed to record it. I literally couldn’t get it out of my head.”

ABOUT LADY REDNECK: For Stephanie Lee aka Lady Redneck, writing songs about her downhome roots and everyday life comes naturally. Raised in a musical family from the small town of Howe, Idaho (population 23), Stephanie grew up playing mandolin, fiddle, bass, guitar and drums, performing all over the pacific northwest in Dusty Boots. The family band sold over 40,000 units! After going solo, Lady Redneck has released numerous original and cover songs to the delight of her more than 1 million social media followers. She is a Josie Music Awards nominee.

Stephanie Lee is a dark chocolate lover and a workout-a-holic. She loves her family, her Savior, and her country. Now living in Texas, she also speaks Spanish and a little Cebuano.