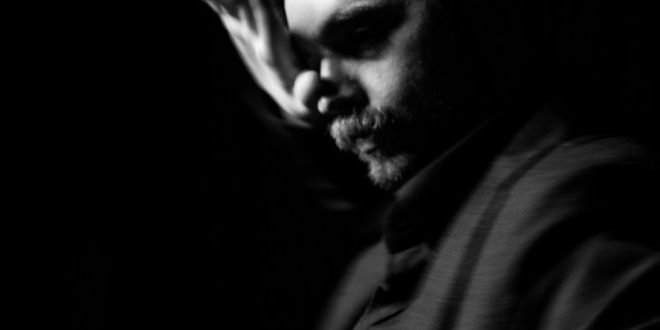 Post-punk’s footprint can be heard in almost every corner of the contemporary pop lexicon, and if we’re looking specifically at the indie rock coming out of the American underground in the past couple of years, this footprint is all the harder to ignore. Although they aren’t pillaging from the greats, God of Love is borrowing a little something from the experimental side of hard-edged new wave and a touch of noise rock in songs like “Take You Seriously” and “If Today Doesn’t Last,” both of which can be heard on the smashing new LP Do Your Worst this November. Supported by little more than a clandestine groove and fuzzy harmonies electric and acoustic the same, God of Love gives us more heart behind the mic than some might know what to do with – and vocal charms are only a fraction of what makes Do Your Worst’s tracklist so enrapturing.

“Black Beyond” cut me like a razor the first time I listened to it, and while it’s steeped in certain gothic sensibilities often considered to be on the highbrow end of the spectrum, its core aesthetics center on the emotionality of its lyrics rather than the luster of its cosmetics. I can appreciate a dark harmony as much as the next guy can, but the all-out decadence of the instrumental faceting in this song would likely prove too strong for a lot of listeners were it not being managed as adeptly as it is by God of Love. You can’t argue with precision work like this, and it’s resulting in some of the more accessible alternative jams I’ve heard on one LP this fall.

There are definitely some heavy goth undertones throughout the album, but all in all, I’m hesitant to discount the industrial element in “Wedding of the Century,” the acidic Tom Waits impression in “Fingers Crossed,” nor the soft sunken vocal in “Dallas Skyline” as a mere byproduct of this influence alone. There’s a lot in play here well outside of the retro post-punk realm, and when considering the depth of passion that we’re getting in the lyricism of “Do You See That Light,” “Green Eyes Black Night,” and “Where I Go At Night,” it’s more than obvious that we’re not listening to punk rock cosplay in Do Your Worst by any measurement.

Enamored with darkness but excessively emotional rather than cold, I would be lying if I said that God of Love’s richly crafted new album wasn’t one of the more inspired records I’ve listened to in a while. There’s a lot to unpack in the tracklist – loneliness, despondency, angst, stoned optimism, perhaps even a touch of romanticism – but when enjoyed in a single sitting rather than broken up into different listening sessions, I think most listeners will agree that Do Your Worst’s title couldn’t be much more ironic. While it features an exhibition in the petty miseries that one could spend a lifetime ruing over, it also happens to be some of the finest play its creator has ever committed to master tape.

Tags Album Review do your worst god of love