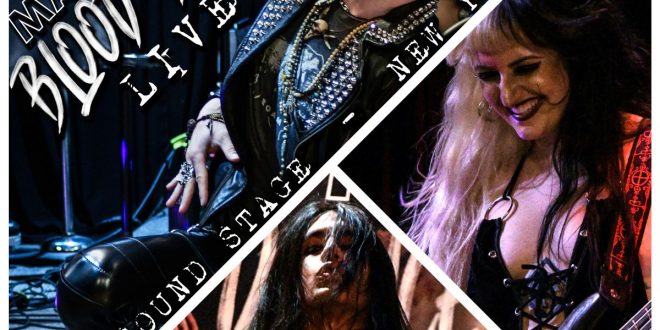 Single Review: “Sick As Our Secrets” Makes My Blood Dance

Anybody can throw together some distorted riffs and larger-than-life drums and call it a modern metal track, but to embody the soul of heavy music, you’ve got to start with the drums and end with the lead vocal in terms of detailed execution. Makes My Blood Dance is a band that doesn’t just understand the fundamentals of what it means to make true hard rock; they’re interested in contributing something to the rulebook on their own, and that’s why the live video for their single “Sick As Our Secrets” feels as revolutionary as it does.

Makes My Blood Dance isn’t necessarily challenging the conventions of pop songcraft with the creation of this song, but rather reexamining the importance of harmony amidst chaotic riffing of the most carnal variety. There’s definitely some Skid Row and Guns n’ Roses in their lineage – that much makes itself obvious to the listeners ahead of the 2:30 mark in the track – but these guys are a lot heavier-handed with the use of bludgeoning grooves to make a statement. The lyrics are heartfelt, but don’t get confused about the narrative here; this is an act more concerned with sonic poeticisms than they are linguistics of any kind.

I’ve been listening to a lot of rock and metal lately as the underground continues to produce some really exciting heavy music for the first time in over ten years, but among the slicker, pop-oriented acts to have come across my radar, Makes My Blood Dance is among my favorites at the moment. They’ve got a take-no-prisoners kind of mentality that really turns me on as a music critic, and given how few of their rock n’ roll cohorts have been willing to go as hard as they are in “Sick As Our Secrets,” theirs is an especially awesome treat this November.