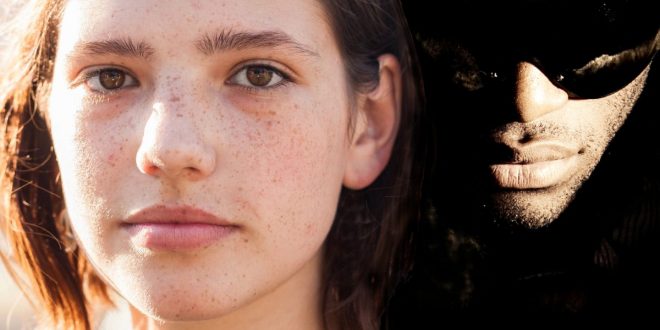 The synth screams ever so subtly in Laura Davies’ enrapturing “Do You Feel?,” but next to the slinking bassline and percussive thrust in the background, I don’t think it has a chance of owning our focus in this track or its companion video. Davies’ voice is a striking addition to the mix here, but in all honesty, I think that the instrumental vortex featured in this performance is the real spotlight-stealer. We’re deep within a cavernous world where surreal pop and dark electronica crossovers live in harmony, and with this singer at the helm of the project, you can bet on walking away from this song feeling shaken by the sonic quaking.

I love the modulation of the groove just past the two-minute mark in this single, but I don’t know that it was totally necessary for Davies to look and sound like a rockstar against the rhythm. She’s legit controlling the mood with the cadence of her verses, and whether she’s going hard at the hook or relaxing her pace in the name of letting the assaultive beat craft a story all its own, she is always the one in charge of what’s going on in this performance. That’s the ‘it’ factor, and you can’t miss it in this song.

It isn’t easy to blend the best parts of electronica and pop in a uniquely volatile manner without sounding like an outsider in a world of mainstream mundanity, but Laura Davies still finds a way to make it look simple and cool at the same time in “Do You Feel?.” This is a great introduction to her skillset, and with the right attention from the college radio dial, I think it will bring her many of the accolades her career is so richly deserving of, even at this infant stage.