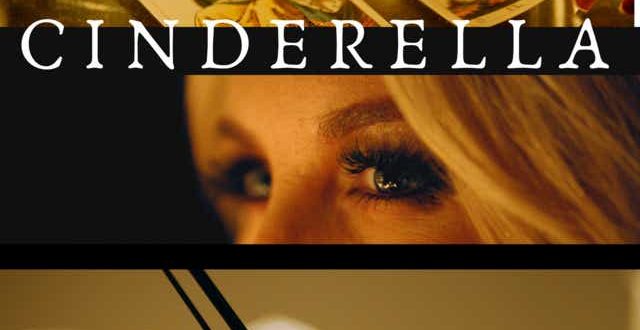 As much a textural homage to industrial electropop as it is a crossover between straightforward pop and new era metal, Ginny Luke’s “Seductive Cinderella” gushes from the speakers like the world is collapsing around its creator, but the stylishness of its design isn’t nearly as apocalyptic as its tone is. Luke, a newcomer to the spotlight, has the demeanor of an old soul well versed in the ways of the recording studio here, but it’s through her spirited melding of aesthetics that we’re able to appreciate and understand the value of her hybridity as well as its youthfulness.

The music video for “Seductive Cinderella” is honestly a little indulgent for my taste, but its excess certainly makes it stand out next to the other rock videos I’ve watched and reviewed in the latter half of 2021. This isn’t an artist who feels intimidated by the old-fashioned formulas that were once considered standard in her scene – she’s appropriating them rather excellently in this performance, and making clear how tethered to retro recording notions she is. I respect the perspective, and with a more guitar-driven single, I think she’s going to sound especially profound and on top of her game.

“Seductive Cinderella” is a three-minute intro to Ginny Luke, but it’s also a captivating take on the popular crossover looks that have been flooding both Soundcloud and Spotify the same in the last few years. She’s not necessarily following the model set forth by her peers, but instead adding to the idea of a model that hasn’t been completed yet. This is a touch fractured, almost intentionally so, but “Seductive Cinderella” is giving us a good glimpse into what Luke can do when she’s got chemistry cooking with everyone around her in the studio. I’m down for more, and I think you’ll understand why when you hear this single.