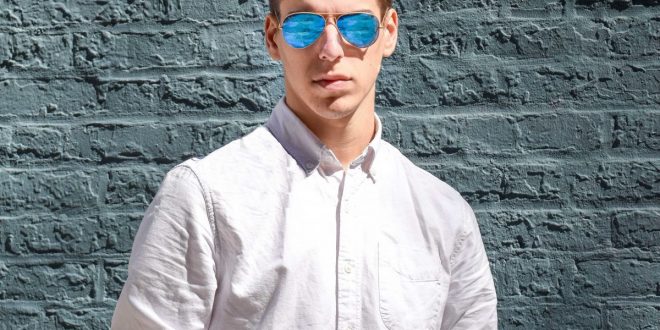 &seb is the couch you sit on throughout the night that lulls you to sleep, making you accidentally watch through two seasons of your binge. &seb is the still air in your quiet, unlit room when insomnia hits. &seb is when you’re talking to someone at a party for minutes that turn to hours, but you have no idea what their name is—and you’ll never ask. He embodies the little minor complications that life offers us, hoping to make them less so. &seb is all of these collected and converted into the dark toned music he provides.

This young artist from the Bronx has been writing, singing, and calling himself a musician since the ripe age of 11. Since then, it has become his every being. “Growing up in the Bronx in a Latino household had a direct influence on becoming a musician. Being surrounded by music is something I’m now used to, and can’t live without,” he shares. Later on, he taught himself guitar and started tapping his computer keys (seemingly randomly at first) to make electronic music. After graduating from NYU, he decided to take his music to the public and released his first single, “New Blood.” After the success of that single, he decided that music was his calling. He hopes to bring the same good vibes to his listeners that his favorite artists brought to him. Any experience that has left an impression on him will be written about through dark tones and low, smooth vocals. The experiences may be as simple as not being able to sleep or as convoluted as a betrayal between best buds. Every lyric written is either from days of thought, or the very first thing that came to mind. But it all stems ultimately from an everyday life—&seb is as human and relatable as the next guy, he just also makes songs. Because in the end, his goal is to get you to unconsciously bob your head to the beat.

“I’m Okay” is carried by a low beat, like a bass, and has the vibe of Timbland, “I want my music to feel like a conversation—often in my songs I’m talking to myself or convincing myself of something, like I’m talking to the mirror,” says &seb, who provides just that in his latest single. It’s about a time when a close friend broke his trust, and how he kept trying to convince himself that he was okay.

Stephen Vicino is the founder of MusicExistence.com. He created this site to give talented musicians a voice and a way to be discovered.
@@svicino
Previous New York-Based Producer Zaythemusic Has Released His Latest Four-track EP, ‘The Chosen Ones’ Featuring Jayywallin.
Next Standish Records brings you the legendary track “Early in the Morning” (Leave Like This) by Christopher J. Standish JR. aka Standish