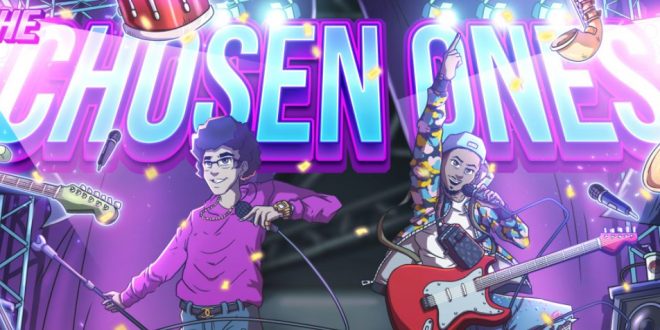 Released independently on November 18, ‘The Chosen Ones’ is now streaming on all major platforms. Jayywallin appears on Zaythemusic’s latest project, creating one-of-a-kind music to entice listeners around the world. The four-track EP is sure to make listeners shake their heads to the catchy beats of hip-hop music. Zaythemusic is an expert in creating new generation hip-hop music that is both pleasant and alluring. The artist’s musical abilities are perfectly spliced with Jayywallin’s exotic delivery. The lyrical album opens with the snappy song, “Talk of the Town,” and concludes with a soulful track, “Don’t Go.” Lil Rekk and Kayy Gram were also seen on the album, contributing their skills to ‘Don’t Go’ and ‘Too Slimy.’ As the EP title suggests, ‘The Chosen Ones’ emanates from a belief that God has chosen both Zaythemusic and Jayywallin to enrich the music industry.

Zaythemusic is a professional producer who honed his skills at Lounge Studios and is now spreading his musical aura worldwide. He also studied audio engineering and music production, adding to his competency. He believes that God had chosen him to create wonderful music and inspire people to be positive and believe in their abilities because everyone in the world is born with a unique talent. The talented musician is adamant about making it big in the music industry and inspiring everyone around him. “The Chosen Ones” is an intriguing album created to influence and encourage people to follow their dreams and believe that they, too, are God’s chosen ones.

“The Chosen Ones” is now available on all the major streaming services, including Spotify. Follow Zaythemusic and Jayywallin on Instagram to learn more about them.

Stephen Vicino is the founder of MusicExistence.com. He created this site to give talented musicians a voice and a way to be discovered.
@@svicino
Previous VOICECOIL Side-Project GRAVITY CORPS Drops Debut EP, ‘Zero Grav’
Next &seb Delivers a Personal Song of Broken Trust in “I’m Okay”