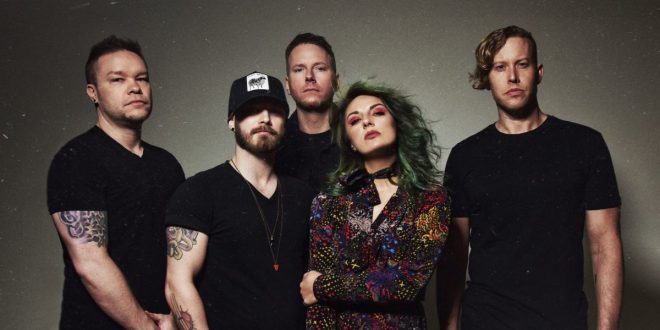 Fresh of the release of their new single “Unstoppable” last month, alongside the announcement of their first album being signed to Better Noise Music coming March 4, 2022, Detroit band Eva Under Fire, just premiered the official visual for the new track. Directed by Tom Flynn & Mike Watts, the visual brings the song’s Bonnie and Clyde references to life with a comedic twist, as lead singer Eva Marie foils a police chase using a water gun.

The song follows in the footsteps of previously released, critically acclaimed singles from the album, titled Love, Drugs & Misery. The album is now available for pre-save and pre-order HERE, ahead of the March 4, 2022 release.