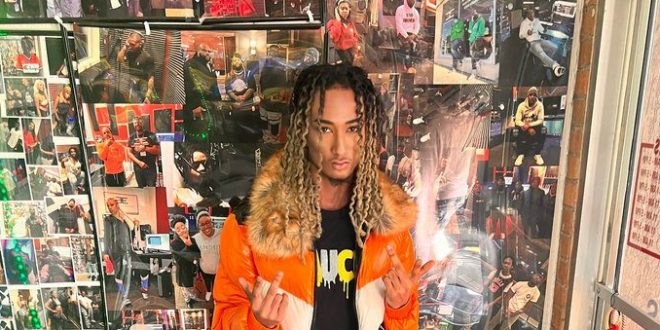 “Double Take” Is Another Hit Anthem From Kíng Cupid

Ellis Lonnie Peal lV, known professionally as King Cupid, is a rapper, social media influencer, and LGBT activist. He is known for his image and creativity in the entertainment industry and his versatility as a musician.

Originally from Chicago’s south side, King Cupid began rapping in his teenage years. His music and personality gain him a following under the alias Kíng Cupid aka The Light Skin Cupid. After debuting in the scene in 2020 with the track “Gang Gang,” he continues to release his brand of East Coast bangers that ripple with sexual charm.

“Double Take” is a narrative of Chicago’s notorious bars and sultry trap vibes, as described by the artist. The track is yet another example of the rising young emcee’s ability to create anthems that resonate with the LGBTQ+ community, including lines like, “turn a pimp into a simp.” Like the coast scene, this track is filled with 808’s, baseline lines, and an epic snare and hi-hat rhythm that makes you dry your eyes. It is also very much visible in the music video what the artist is trying to express.

Even though Kíng Cupid has just begun his career, he’s already taking a stand from where he belongs and signaling to the ever-changing world that his culture exists too and that they’re proud of it. Someone who does not limit himself to one field, the artist is a constant presence in the Chicago scene and will soon jump into the acting world with a few local projects.

With all that remains, the artist has a chance to make a huge impact. “Double Take” is out now and streaming across all platforms.

Stephen Vicino is the founder of MusicExistence.com. He created this site to give talented musicians a voice and a way to be discovered.
@@svicino
Previous Yola nominated for two Grammys, announces London headline show at KOKO
Next Daphne Wolfe Is All Set To Release Her New Single “Under My Spell”