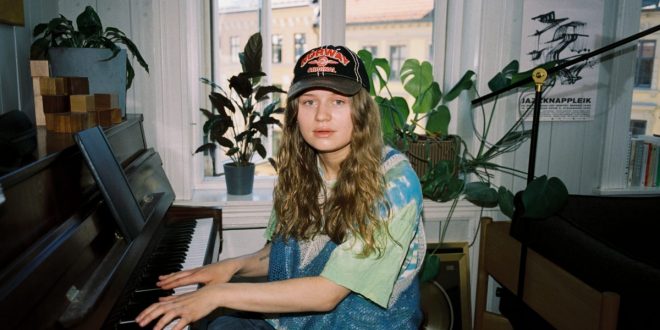 Girl in Red shares video for “I’ll Call You Mine,” performs at MTV European Awards

On Friday, Girl in Red – the project of alternative pop mastermind Marie Ulven – is sharing the Jared Hogan-directed music video for her latest single “I’ll Call You Mine,” from her critically acclaimed debut album if i could make it go quiet.

Girl in Red is hot off the stage from performing at MTV EMA’s in Budapest, Hungary, alongside Ed Sheeran, Kim Petras, Yungblud, Imagine Dragons, Griff & more… Ulven delivered a high energy version of her hit single “Serotonin.” girl in red was nominated for 2 awards, not bad for an artist on her debut album.

With over 70k tickets already sold globally and sold out tours around the world for 2022, girl in red is ready to cement her place as one of alternative pop’s breakthrough voices. girl in red will be returning the US in December for a handful of performances before embarking on her biggest ever headlining US tour in March 2022, she will be joined by special guest Holly Humberstone. Tickets for that tour are selling fast.

if i could make it go quiet continues to make waves around the world with critical acclaim from fans and critics alike. Ulven has been revered by the likes of Taylor Swift, Camilla Cabello and more. Already amassing 1.6 billion career streams, in the US “Serotonin” hit #2 on the Alternative radio charts and saw her perform on The Tonight Show Starring Jimmy Fallon and Late Night With Seth Meyers.